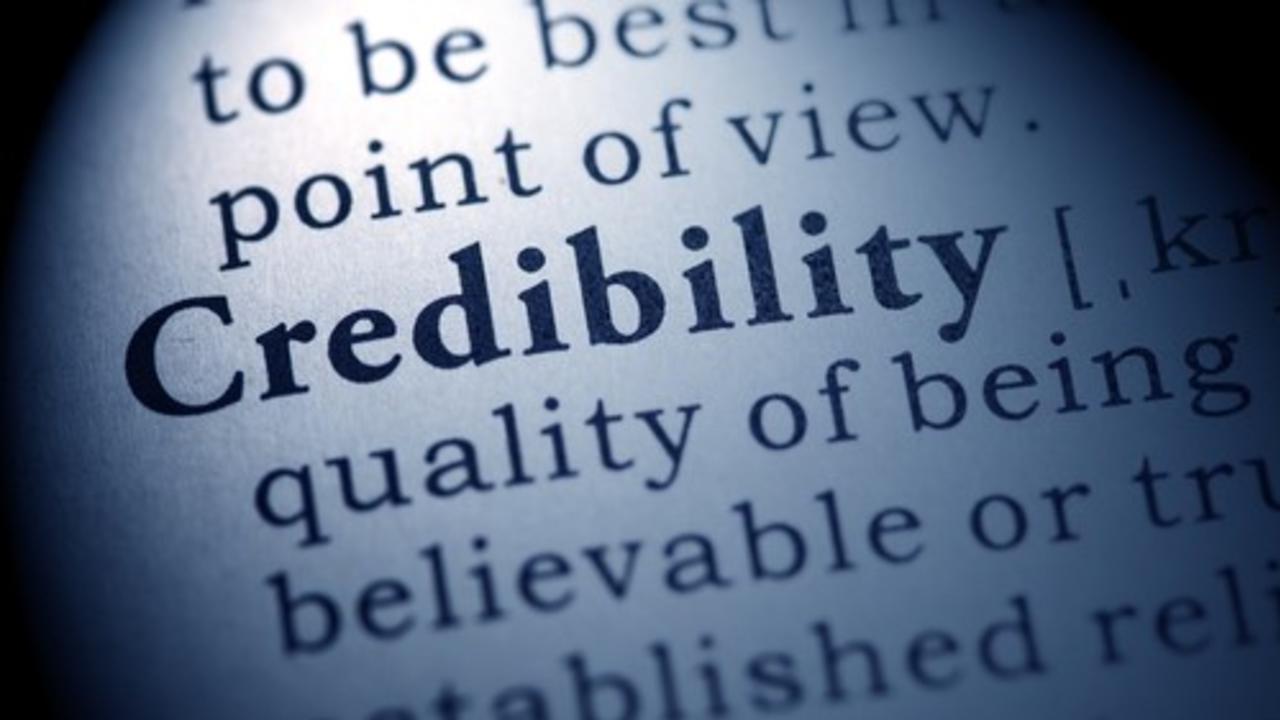 When questioning witnesses, the principle of impeachment simply means the introduction of evidence that may cast doubt on the credibility of the witness or the validity of the testimony. There are countless ways to impeach a witness. California Evidence Code section 780 identifies the most common methods, but they are expressly non-exhaustive: “[T]he … jury may consider in determining the credibility of a witness any matter that has any tendency in reason to prove or disprove the truthfulness of his testimony at the hearing, including but not limited to any of the following….” In federal cases, the type of allowable impeachment evidence is equally broad. See e.g., 9th Cir. Civ. Jur. Instr. 3.7 (“In considering the testimony of any witness, you may take into account: … any other factors that bear on believability.”).

A percipient witness is not qualified to testify unless he or she has personal knowledge of the matter. Fed. R. Evid. 602; Cal. Evid. Code § 702. A witness’ personal knowledge is an issue the trial judge must decide as a preliminary fact. Fed. R. Evid. 104; Cal. Evid. Code § 400. But a judge’s satisfaction that the preliminary fact of personal knowledge exists does not limit a jury from concluding that the witness’ recollection was inaccurate or untruthful. See United States v. Zizzo, 120 F. 3d 1338, 1359 (7th Cir. 1997); People v. Knox, 95 Cal. App. 3d 420, 431 (1979); see also Fed. R. Evid. 104(e) (“This rule does not limit a party’s right to introduce before the jury evidence that is relevant to the weight or credibility of other evidence.”); see also Cal. Evid. Code § 403(c) (“If the court admits the proffered evidence … the court: ¶ (1) [m]ay, and on request shall, instruct the jury to determine whether the preliminary fact exists and to disregard the proffered evidence unless the jury finds that the preliminary fact does exist.”).

So even when a judge makes the threshold determination that a witness has personal knowledge of the matter, the witness is still vulnerable to all sorts of impeachment evidence, beginning with questions about the witness’ ability to perceive, recall, or explain the matter. Fed. R. Evid. 602, Adv. Comm. Notes (1972); Cal. Evid. Code § 780(c); see e.g., Fuentes v. T. Griffin, 829 F. 3d 233, 248 (2nd Cir. 2016 (“Cross-examination is especially ‘important where the evidence consists of the testimony of individuals whose memory might be faulty….’”).

When it comes to the character trait of truthfulness, its application is broad. Specifically, any witness who takes the stand puts his or her truthfulness at issue. United States v. Irizarry, 341 F. 3d 273, 311 (3rd Cir. 2003); People v. Taylor, 180 Cal. App. 3d 622, 631 (1986). California Evidence Code section 780(e) specifically provides that a witness’ “character for honesty or veracity or their opposites” are among the factors a jury can consider when determining a witness’ credibility.

With respect to the type of evidence that is permitted to prove a witness’ character for truthfulness (or its opposite), it is limited to reputation or opinion evidence. Fed. R. Evid. 608(a), (b); Cal. Evid. Code § 787. Another limitation is that evidence of a witness’ good character for truthfulness is only admissible after there has first been the introduction of the witness’ bad character for truthfulness. Fed. R. Evid. 608(a); Cal. Evid. Code § 790. The cross-examination of character witnesses may be questioned about specific instances of conduct. Fed. R. Evid. 608(b); People v. Hurd, 5 Cal. App. 3d 865 (1970). However, because these character witnesses are limited to testify about their opinions or another’s reputation, the cross-examination is typically limited to questions beginning with, “Have you heard that [the character committed an act that suggests dishonesty]?” Even if the witness denies having heard about the alleged bad act, the trial court will typically preclude extrinsic evidence of it. See e.g., Seifert v. Unified Gov’t of Wyandotte County/Kansas City, 779 F. 3d 1141, 1154 (10th Cir. 2015).

There are specific rules when a party wishes to impeach a witness with a criminal conviction. Federal Rule of Evidence 609(a) provides that a witness’ character for truthfulness may be attacked by evidence of a criminal conviction if (1) the crime (in the convicting jurisdiction) was punishable by death or by imprisonment for more than one year, or (2) the crime required proof of a dishonest act or false statement (or the witness admits the crime required a dishonest act or false statement). Fed. R. Evid. 609(a)(1), (2).

If more than ten years have passed since either the conviction or release from confinement (whichever is later), the conviction is only admissible if (1) its probative value, supported by specific facts and circumstances, substantially outweighs its prejudicial effect, and (2) the proponent gives the adverse party reasonable written notice of the intent to use it so the party has a fair opportunity to contest its use. Id., 609(b)(1), (2). Convictions are not admissible if there has been a pardon, annulment, or other equivalent procedure because of a finding of rehabilitation or innocence. Id., 609(c). Similarly, evidence of juvenile adjudications are not admissible in civil cases. Id., 609(d). However, a pending appeal does not render a conviction inadmissible, and the jury may hear evidence that the conviction is being appealed. Id., 609(e).

In California, unless the witness has been pardoned or relieved of the penalties because of a finding of innocence or rehabilitation, a prior felony is admissible to impeach the credibility of a witness. Cal. Evid. Code § 788. California’s Supreme Court held in People v. Woodward, 23 Cal. 3d 329, 335 (1979), that prior felony convictions are only admissible if they have some bearing on the witness’ veracity. This limitation was later abolished as to criminal trials with the adoption of Proposition 8 (the “Victim’s Bill of Rights”). However, whether or not Woodward was intended to apply to civil cases, it merely repeats the general rule of relevance found in Evidence Code section 350. Put another way, the admissibility of any evidence—felony conviction or not—still must pass the threshold test of relevance. But see e.g., Robbins v. Wong, 27 Cal. App. 4th 261, 274 (1994) (Fifteen-year old conviction for selling cocaine admissible in personal injury action).

A prior statement is inconsistent if it, “taken as a whole, either by what it says or by what it omits to say affords some indication that that fact was different from the testimony of the witness whom it sought to contradict.” United States v. Barile, 286 F. 3d 749, 755 (4th Cir. 2002). A prior inconsistent statement is a common example where evidence may be offered to impeach a witness, as substantive evidence of a party’s case, or both. A prior inconsistent may be offered as substantive evidence—if the statement was made under oath—in federal courts because it is not hearsay. See Fed. R. Evid. 801(d)(1)(A).

When an inconsistent statement is only offered for impeachment, Federal Rule of Evidence 613 applies. Rule 613(a) does not require the examining party to show or disclose the prior statement to the witness. However, "the party must, on request, show it or disclose its contents to an adverse party’s attorney." Fed. R. Evid. 613(a). If the party wishes to introduce extrinsic evidence of the prior inconsistent statement, “the witness [must be] given an opportunity to explain or deny the statement and [the] adverse party [must be] given an opportunity to examine the witness about it, or if justice so requires.” Unlike substantive evidence, the admission of the inconsistent statement may only be used to show a discrepancy between a witness’ testimony and his or her prior statement. See Carson Harbor Village, Ltd. V. Unocal Corp., 270 F. 3d 863, 873 (9th Cir. 2001).

California provides a similar limitation. Unless the interests of justice require otherwise, “extrinsic evidence of a [prior inconsistent statement] … shall be excluded unless: ¶ (a) [t]he witness was so examined while testifying as to give him an opportunity to explain or deny the statement; or ¶ (b) [t]he witness has not been excused from giving further testimony in the action.” Cal. Evid. Code § 770.

A common occurrence in trials is where the witness testifies that he or she has “no recollection” of making the prior statement. The issue is whether the cross-examining attorney can impeach a witness with a prior inconsistent statement when the witness has not denied or explained away the prior statement, but rather has claimed to have no memory of it. In most instances, the trial judge is charged with exercising discretion to determine whether the lack of memory is genuine or intentionally evasive. If it is the latter, the court will typically admit the prior statement. See e.g., United States v. DeSimone, 488 F. 3d 561, 571 – 72 (1st Cir. 2007); People v. Johnson, 3 Cal. 4th 1183, 1219 (1992).