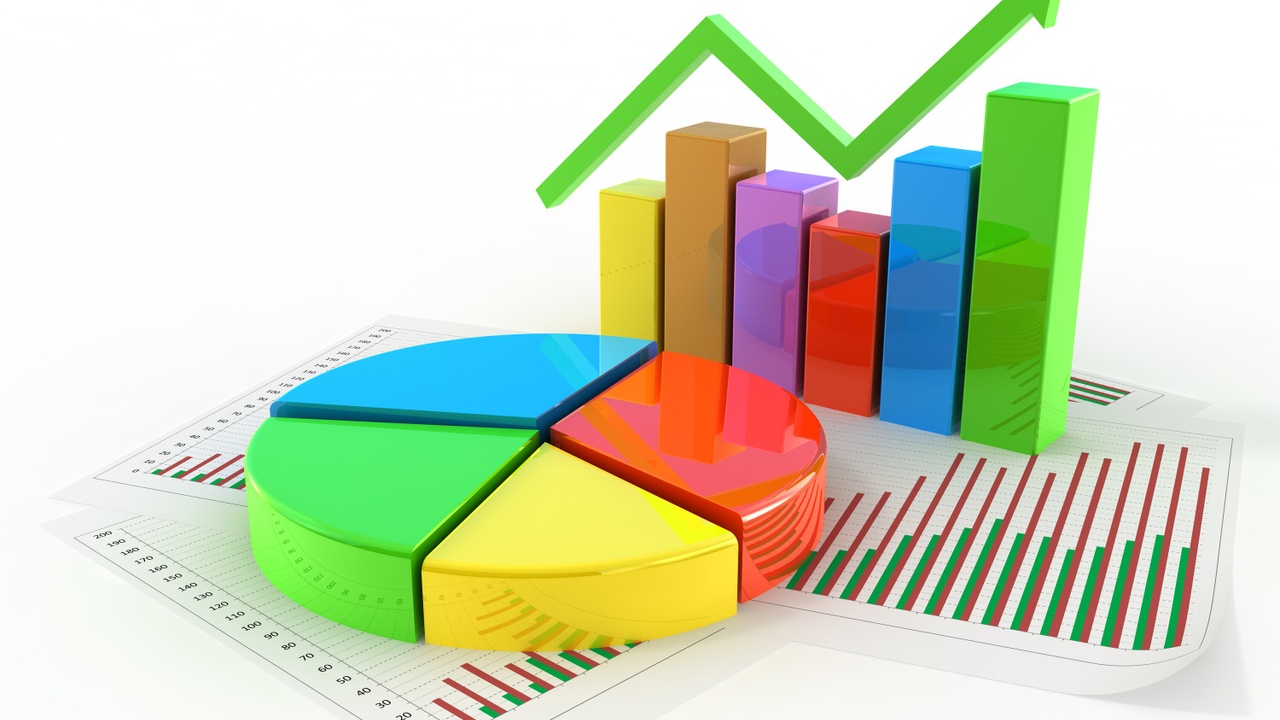 "Be sincere, Be Brief, Be seated.

Too often in jury trials, attorneys mistakenly think getting evidence admitted is a dry and mechanical process separate and apart from the task of persuasion. Closing argument, the theory goes, is when it will all come together. Experienced trial lawyers know how misguided this approach can be. They understand that every stage of trial should have the same objective: to argue your case to the jury.

One of the most important methods of being persuasive is being clear, concise, and—equally important—not boring. In a recent jury trial I handled, the case involved thousands of pages of disputed invoices and underlying transactional documents: purchase orders, delivery documents, emails, invoices, etc. These thousands of pages were relevant and admissible. Even assuming the other party stipulated to the documents' admissibility (they didn't), was there a clear, concise, and nonboring way to communicate the substance of this evidence to the jury?

Our first exhibit was a table of unpaid invoices that we contended were owed to our client. If the exhibit could be admitted, we would be able to publish the table for the jury during trial, have witnesses walk the jury through the various columns and totals, and provide it to them to consider during deliberations. This could all be done in about thirty minutes versus figuring out how to admit and explain (and total) thousands of painfully dry and unexciting pages.

This exhibit would be clear, concise and nonboring. But would it be admissible? Would we need to establish that this table was a business record to avoid a hearsay objection? Whether it's a business record or something specifically prepared for trial, these summary documents can be admitted in both federal and California state courts. It is simply a matter of understanding the rules and their requirements.

In federal court, the process is simple. Federal Rule of Evidence 1006 expressly permits the use of summaries so long as the underlying documents are made available to the opposing party:

The proponent may use a summary, chart, or calculation to prove the content of voluminous writings, recordings, or photographs that cannot be conveniently examined in court. The proponent must make the originals or duplicates available for examination or copying, or both, by other parties at a reasonable time and place. And the court may order the proponent to produce them in court. 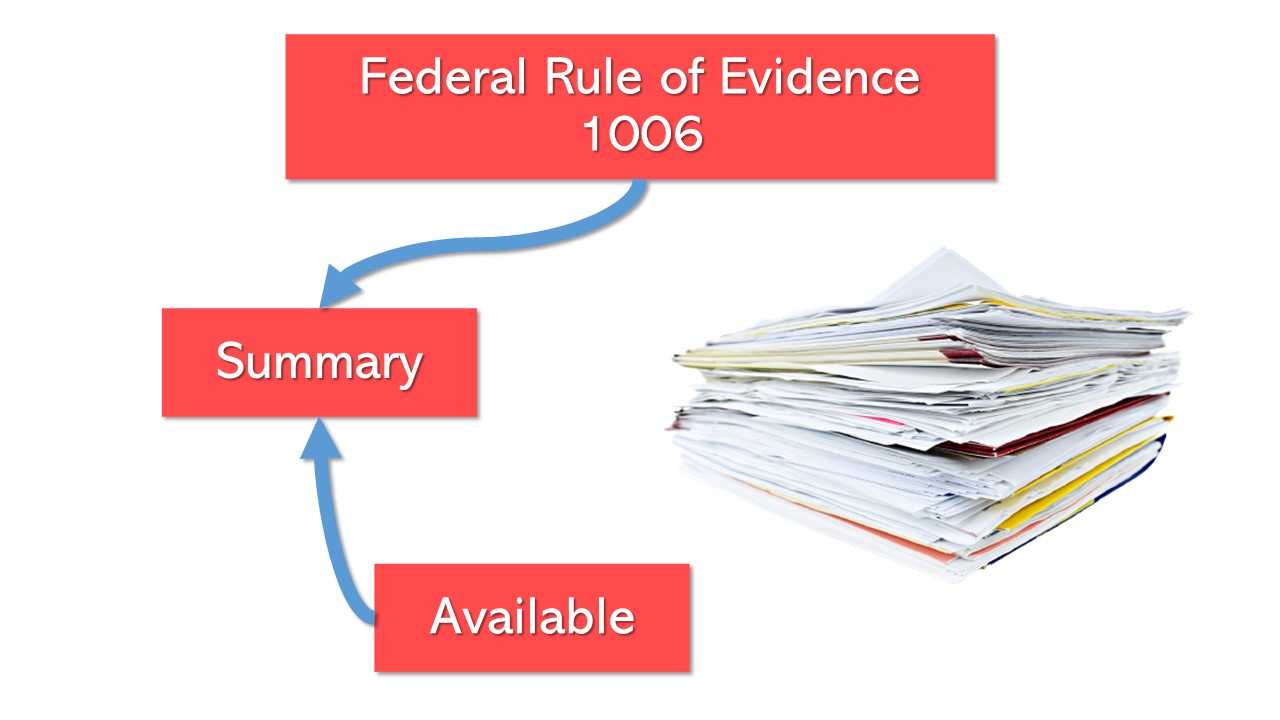 California Rules of Evidence: Simple and Straightforward (Sort Of)

California does not have a parallel counterpart to Federal Rule of Evidence 1006. This was not always the case. Until 1999, California's Evidence Code section 1509 provided that "[s]econdary evidence, whether written or oral, of the content of a writing is not made inadmissible by the best evidence rule if the writing consists of numerous accounts or other writings that cannot be examined in court without great loss of time, and the evidence sought from them is only the general result of the whole; but the court in its discretion may require that such accounts or other writings be produced for inspection by the adverse party.” But when California's legislature introduced the Secondary Evidence Rule (see Cal. Evid. Code §§ 1520 - 1523) section 1509 was repealed. While the analysis is less straightforward than what used to be found in California's Evidence Code, the result is the same. But if objections are made during trial, knowing how and why summaries should be admissible is a must-know rule for the trial advocate.

To understand how we got here, a little background on the former Best Evidence Rule (and its repeal) is helpful. The former Section 1500 provided that "[e]xcept as otherwise provided by statute, no evidence other than the original of a writing is admissible to prove the content of a writing. This section shall be known and may be cited as the best evidence rule." The Best Evidence Rule was developed in eighteenth century common law, but with the technological advances and pretrial discovery, it became less practical or necessary. Instead of secondary evidence being presumptively inadmissible, the law needed to evolve so that it became presumptively admissible.

California thus codified the Secondary Evidence Rule, and it provides that the content of a writing may be proved by (1) an otherwise admissible original (id., § 1520), or (2) otherwise admissible secondary evidence. Id., § 1521(a). The Evidence Code does not define secondary evidence, but it is generally understood to encompass any evidence of the content of the writing, other than the original document itself. See e.g., People v. Woodell, 17 Cal. 4th 448, 464 - 65 (1998) (Mosk, J., concurring in part and dissenting in part) ("[T]he best evidence rule ... declares that evidence other than the original of a writing, i.e., secondary evidence, is generally inadmissible to prove the writing's content."). A written summary of voluminous writings, therefore, qualifies as secondary evidence. See e.g., Heaps v. Heaps, 124 Cal. App. 4th 286, 293 - 94 (2004). With this general rule of admissibility, secondary evidence is only excluded if the trial determines that (1) a genuine dispute exists concerning material terms of the writing and justice requires the exclusion, or (2) admission of the secondary evidence would be unfair. Id., § 1521(a)(1), (2). The best way to avoid an adverse party objecting to the admission of a written summary on the grounds that it would be unfair or that there is a dispute concerning the original writings is to make the originals (or duplicates) available to the adverse party for inspection. In other words, do what Federal Rule of Evidence 1006 requires and what the former Section 1509 contemplated. 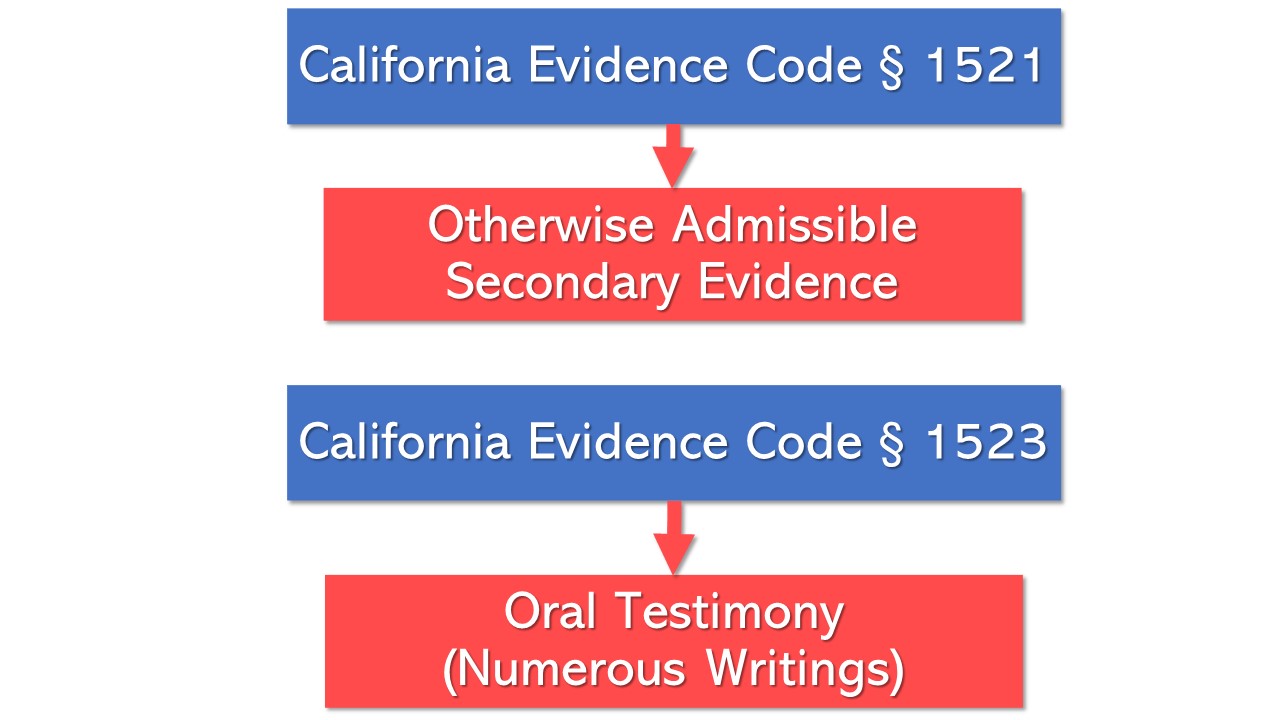 In outlining the general rule that secondary evidence is admissible to prove the contents of a writing, Section 1521 makes clear that the secondary evidence must be "otherwise admissible." This means that "[a] writing that passes muster under the secondary evidence rule is not necessarily admissible. The writing 'still may be inadmissible because of other exclusionary rules of evidence, such as hearsay, opinion, privilege, or irrelevancy.'" Molenda v. Dep't of Motor Vehicles, 172 Cal. App. 4th 974, 995 (2009) citing 1 Jefferson, Cal. Evidence Benchbook (Cont. Ed. Bar 3d ed 1997) Writings § 31.20, p. 685 (rev. 2006). This requires a thorough understanding of various other evidentiary issues, which can be, for example, read here, here and here.