Strobel v. Johnson & Johnson: Got a Hearsay Problem? Don't Give Up ... 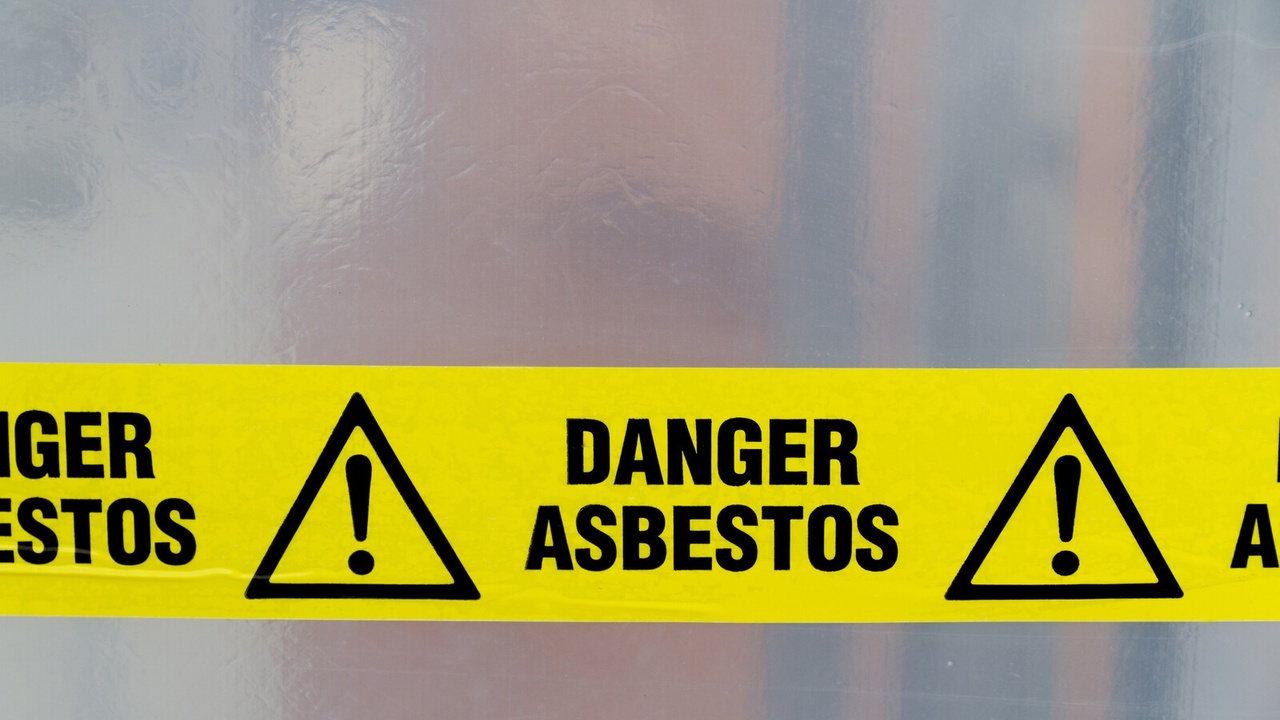 Beyond knowing the mechanics of the rules of evidence, effective advocates use the rules as weapons of persuasion. And like any legal doctrine, spotting the key issue is essential—even if it's not the most obvious. There's reference to an out-of-court statement? Many lawyers jump straight to a hearsay analysis. But with hearsay having so many exceptions, the most obvious objection may not be the most effective. What about relevance? What about foundation?

Equally important is the ability to adjust to the constantly changing landscape of admitted and excluded evidence. If a key piece of evidence is excluded, pivoting to "Plan B" is essential. This level of mastery is not limited to trial attorneys. Last month's Strobel v. Johnson & Johnson, 69 Cal. App. 5th 34 (October 21, 2021) opinion illustrates this point. If hearsay evidence of direct evidence is excluded, does that mean game over? Or is there a strategic pivot available?

Before looking at Strobel, let's remember that Evidence Code sections 410 and 411 define direct evidence. It is evidence that requires no inference or presumption, and if true, conclusively establishes a fact. This is the witness who says, "I just came from outside and it’s raining." If the witness is believed, the fact it is raining is conclusively true. Section 411 says that except where a statute may require additional evidence, direct evidence from just one witness may be sufficient. Direct evidence is different from circumstantial evidence where an inference is necessary. The witness may say, "I saw Ms. Doe come in from outside. She was soaking wet and shook the water off her umbrella." That’s circumstantial evidence of rain because some inference is necessary.

California juries are instructed on the distinction between indirect and direct evidence as follows:

In Strobel v. Johnson & Johnson, the Court considered the impact of an expert witness' declaration after certain hearsay evidence was excluded pursuant to People v. Sanchez. I've discussed People v. Sanchez here, here, and here. But Strobel is important reading because it illustrates that even when Sanchez applies (i.e., a hearsay objection is sustained), you need to have a "Plan B" in mind.
Strobel v. Johnson & Johnson: Hearsay Excluded Per People v. Sanchez
The plaintiffs JoAnn and Douglas Strobel sued defendant Johnson & Johnson on the theory that its baby powder ("JBP") contained asbestos. Strobel, 69 Cal. App. 5th at 38. Douglas Strobel was a lifelong user of JPB both as an infant and an adult. Id. at 39 - 40. Strobel was diagnosed with mesothelioma, and he passed away at the age of 68 while the case was on appeal. Id. at 38. 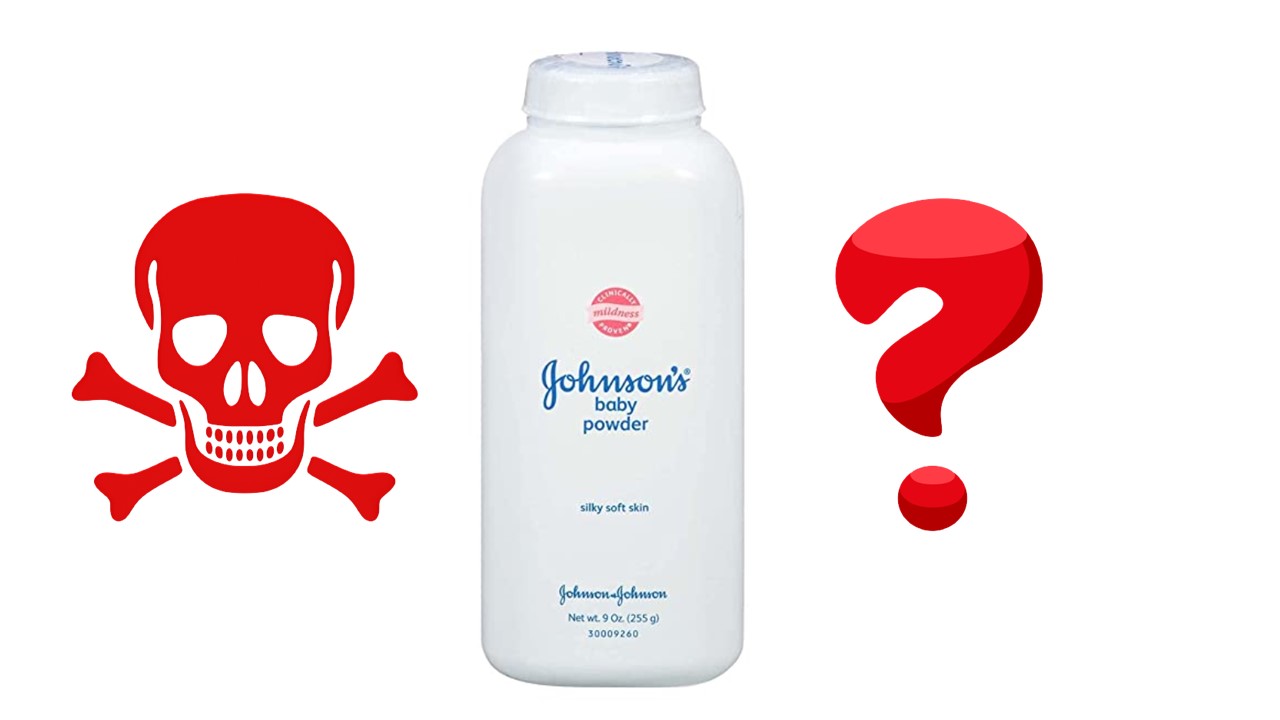 At the trial court level, Johnson & Johnson moved for summary judgment and Strobel opposed. The main issue was “whether asbestos was present in JBP during the six-decade exposure period….” Id. at 39. To address this issue, there were two categories of experts. First, physicians specializing in asbestos-related diseased offered opinions regarding the likely cause of Doug Strobel’s mesothelioma. Id. Second, geologists and asbestos detection experts offered opinions regarding the likelihood of asbestos being present in the JBP Doug Strobel used. Id.at 40.

To understand these issues, a brief word about talcum powder. Talcum, or “talc” for shorthand, is one of the softest minerals on earth. It is used in a variety of applications ranging from pharmaceuticals and cosmetics to ceramics, paints, paper, and asphalt roofing. Id. at 41 – 42. Talcum powder is a talc-based cosmetic product, and it is manufactured by a milling process in which large pieces of talc ore are crushed and pulverized into fine-grained powder. Id. at 42. “Asbestos” refers to a regulated group of six naturally occurring, highly fibrous minerals that grow in a unique crystalline form as bundles. Id.

Asbestos and talc are distinct minerals, but (1) they are closely related in their geological formation, and thus (2) are often found together in nature. Id. The Court explained that “[b]ecause of this shared geological provenance, asbestos is often found intergrown as an ‘accessory mineral’ within a talc deposit.” Id. at 42.

Much of the information provided by the physicians (for both parties) contained information that was not in dispute: that mesothelioma is a signal tumor often associated with exposure to asbestos; that inhaled asbestos fibers can become lodged in the lungs; and that when the body is unable to expel these fibers naturally, it can lead to mesothelioma. Id.

But when it came to causation, however, the physician experts had opposing conclusions. Drs. Cohen and Finkelstein, for the Strobels, opined “to a reasonable degree of medical certainty” that (1) the JBP Doug Strobel used contained asbestos above normal background levels; (2) that his use of JBP was a significant and impactful contributing factor in the development of his mesothelioma; and (3) that his exposure to asbestos was the cause of his mesothelioma. Id. J&J’s physician expert, Dr. Moolgavkar, disagreed. He opined (1) that mesothelioma, like all cancers, can develop spontaneously; (2) that mesothelioma can be triggered by any number of carcinogens commonly found in today’s environment; and (3) the risk of contracting mesothelioma is strongly correlated with age. Id. at 40 – 41.

The diverging physician opinions turned on their reliance on the second category of experts in the case. These experts were geologists and asbestos detection experts, and they offered opinions on whether asbestos was present in JBP.  J&J's experts opined that J&J "sorted and screened its ore in the mining process to ensure only the most pristine talc was used for cosmetic products, and that suppliers were subject to strict testing requirements ... to confirm that source ore to make JBP was asbestos free." Id. at 49.

One of these asbestos experts relied on by the Strobels was Dr. Fitzgerald, and his opinions can be summarized as follows:

With respect to opinion number 7, Dr. Longo had presented these test results through testimony and expert reports in other asbestos litigation against J&J. However, he was not designated as an expert in the Strobels' case. Accordingly, to the extend Dr. Fitzgerald (and other experts) relied on Dr. Longo, "the [trial] court ruled that their opinions were inadmissible case-specific hearsay under [People v.] Sanchez." Id. at 46.

With respect to Dr. Compton's tests in opinion number 5, Dr. Compton was designated by the Strobels. But because he only tested mined ore, the trial court concluded the Strobels "failed to establish triable issues of fact to link the harvesting of a known deposit of asbestos-contaminated talc ore from a particular mine through the milling process and into a canister of JBP sold in stores during the exposure period." Id. at 47.

With these gaps and ostensible evidentiary problems, the trial court granted J&J's motion for summary judgment, and the Strobels appealed.

On appeal, the Court first noted the diverging opinions with respect to which method was generally accepted to test ore for asbestos. Because there was no agreement among competing experts, the Court concluded that the methodologies relied on by the experts went to the "weight of the testimony and not the admissibility...." Id. at 50.

The more difficult issue, however, was whether the Strobels' experts had presented enough evidence (given the evidentiary objections) to present a triable issue of fact that asbestos was present in JBP. The trial court acknowledged that the Strobels' experts presented admissible evidence that there was asbestos in the ore, but determined that "without evidence that there was asbestos in any retail JBP product ... no reasonable jury could conclude that Doug Strobels' use of JBP during [the relevant time period] exposed him to asbestos." Id.

J&J argued that the trial court's ruling should be affirmed because the only evidence that any JBP contained asbestos came from the inadmissible hearsay evidence from Dr. Longo. The Court agreed that Dr. Longo's testing constituted inadmissible hearsay barred by People v. Sanchez. Id. at 55 - 59. However, the Court then considered whether the Strobels' experts had nevertheless presented enough evidence to draw an inference that asbestos was present in JBP. On this point, Dr. Fitzgerald relied on a number of third-party sources that corroborated Dr. Longo's testing where asbestos was found in consumer body and baby powders. And while the trial court had broadly excluded these "other third-party documents," the Court noted that J&J's expert cited some of the same sources in his opinion. By doing so, the Court found that "J&J ... implicitly confirmed the reliability of Dr. Fitzgerald's sources by endorsing [J&J's expert's] reliance on sources of the same general type." Id. at 63.

Against this evidence of an inference that asbestos found in ore could likewise be found in consumer products, the Court determined that J&J's expert "pointed to no evidence demonstrating that J&J's sorting, screening and selectivity processes are capable of weeding out from raw talc submicron-size asbestiform particles or that it is even possible to achieve such 'purity.'" Id. at 64.

Because the Strobels presented evidence that the presence of asbestos in JBP could be inferred (and J&J was unable to conclusively establish that asbestos was not in JBP), the trial court's ruling "violate[d] the fundamental rule that we must construe the evidence liberally for the nonmoving party." Id. Accordingly, the Court reversed summary judgment and remanded the case back to the trial court.

Strobel is a good reminder that attorneys shouldn’t give up when an objection is sustained. A sustained objection isn’t necessarily a dead end. It just may require a different route.