To Examine Or Not To Examine Your Client At Deposition? That is a Question? 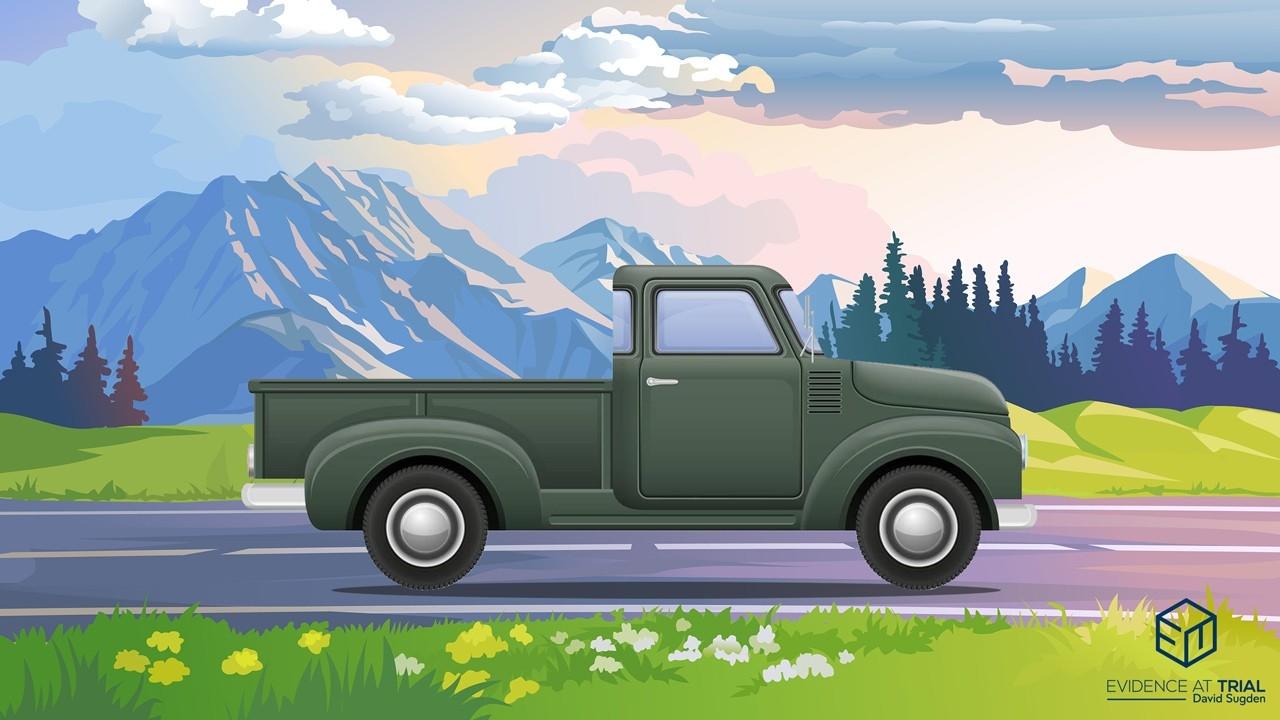 When it comes to party depositions, they are typically one-sided affairs. The adverse party notices the deposition, asks a slew of questions, and that, almost always, is that. Asking questions as the defending attorney feels like an unnecessary risk. Especially if the deposition has gone reasonably well, prolonging the affair by asking your own client questions seems foolhardy. It feels a little like "just stopping by" the roulette table after a reasonably good night of Blackjack. Sure you might pick up an extra few chips. But things could go very wrong, very fast. The smart play, it seems, is to just pack up your things and call it a night.

But is that always so?

The recent case of Berroteran v. Superior Court, 41 Cal. App. 5th (2019) illustrates some dire consequences of not asking your client questions at deposition. The plaintiff Raul Berroteran sued Ford Motor Company in connection with his purchase of a Ford F-250 truck. Id. at 521. According to Mr. Berroteran, the truck had a defective 6.0-liter diesel engine supplied by Navistar International Transportation Corporation ("Navistar"). Id. Mr. Berroteran relied on various representations by Ford with respect to the quality of its F-250 when buying it. But after his purchase, there were all sorts of problems. Mr. Berroteran "experienced numerous breakdowns, 'a blown turbo,' and problems while towing." Id.

A Primer on Spotting Hearsay Exceptions

In Mr. Berroteran's complaint, he alleged that Ford engaged in various deceptive practices when the truck was brought in for repairs:

Ford (a) rather than identifying and eliminating the root cause of these defects, produced and sold the vehicle to Plaintiff[ ] and other consumers, knowing it contained a defective engine; (b) adopted through its dealers a 'Band-Aid' strategy of offering minor, limited repair measures to customers who sought to have the defects remedied, a strategy that reduced Ford's warranty expenditures but did not resolve the underlying defects, and in fact, helped conceal the defects until the applicable warranties expired; and (c) intentionally and fraudulently concealed from Plaintiff ... these inherent defects prior to the sale or any time thereafter....

Mr. Berroteran was not the only unhappy Ford customer. In fact, Ford had been plagued by lawsuits with similar allegations related to its 6.0-liter diesel engine. In a multidistrict class against Ford, In re: Navistar 6.0L Diesel Engine Products Liability Litigation (the MDL Class Action), the plaintiffs alleged that "there were defects in the 6.0-liter diesel engine that Ford installed in a range of pickup trucks, sports utility vehicles, vans, and ambulances between 2003 and 2007." Id.

Mr. Berroteran was a putative class member of the MDL Class Action but elected to opt out and pursue his claims individually. The MDL Class Action ultimately settled, but not before a series of Ford employees and former employees were deposed (and Ford's counsel represented each deponent during their depositions) (the "Ford Depositions"). Id. at 523.

As Mr. Berroteran's case approached trial, Ford filed a motion in limine to exclude the Ford Depositions from trial. Ford argued that the witnesses were unavailable, and that their deposition testimony constituted hearsay without an applicable exception. Id. at 526. Mr. Berroteran argued the Ford Depositions were admissible under California Evidence Code section 1291—the former testimony exception. The trial court granted Ford's motion, and the Court of Appeal granted Mr. Berroteran's petition for writ of mandate and directed the trial court to enter a new order denying Ford's motion. Id. at 520.

The Court's analysis focused on Section 1291. The Ford Depositions were indeed hearsay. They constituted "evidence of ... statement[s] that [were] made other than by a witness[es] while testifying at the hearing that is offered to prove the truth of the matter stated." Cal. Evid. Code § 1200. The more difficult question was whether the former testimony exception applied. Section 1291 provides, in relevant part, that "former testimony" is admissible if the declarant is unavailable and the party against whom the former testimony is offered was:

[1] A party to the action (or proceeding) in which the testimony was given;

[2] The party had the right and opportunity to cross-examine the declarant; and

[3] The party had a similar interest and motive to cross-examine the declarant that the party has in the current proceeding.

According to prior case law, Section 1291 "provides 'no magic test to determine similarity in interest and motive to cross-examine a declarant.'" People v. Ogen, 168 Cal. App. 3d 611, 617 (1985). Ogden explained that factors that courts are to consider include "[1] the similarity of the party's position in the two cases, [2] the purpose sought to be accomplished in the cross-examination, and [3] whether under the circumstances a thorough cross-examination of declarant by the party would have been reasonably expected in the former proceeding." Id. The "motives need not be identical, only 'similar'" People v. Harris, 37 Cal. 4th 310, 333 (2005). For example, "[w]here the party had the same motive to discredit the witness and challenge the witness's credibility, the former testimony would be admissible under section 1291." Id.

Turning to Berroteran, Ford essentially argued that it did not have a "similar interest and motive to cross-examine" the witnesses in pretrial depositions as compared to at trial. The Court explained "Ford's argument was that a party never has the same motivation to examine its own witnesses in a deposition...." Berroteran, 41 Cal. App. 5th at 534. The Berroteran Court explained that Ford's argument was "contrary to the weight of authority and modern litigation practice." Id.

Ford's argument relied primarily (in fact, almost exclusively) on Wahlgren v. Coleco Industries, Inc., 151 Cal. App. 3d 543 (1984) for the proposition that a party has a different motive in examining a witness at a deposition than at trial. Berroteran found Wahlgren's rationale entirely unpersuasive:

Wahlgren assumed that deposition testimony is limited to discovery and has a "limited purpose and utility." These assumptions, however, are unsupported by legal authority, inconsistent with modern trials and the omnipresence of videotaped depositions during trial, and contrary to persuasive federal law interpreting an analogous hearsay exception.

Wahlgren reasoned that depositions are fundamentally different from trials because "depositions normally function[] as a discovery device ... [and therefore] examination of one's own client is to be avoided." 151 Cal. App. 3d at 546 - 547. Berroteran disagreed: "Wahlgren—a 1984 case—cites no support for its assertion that a deposition functions only as a discovery device." 41 Cal. App. 5th at 533. The Court then chronicled a variety of federal and state cases that were at odds with Wahlgren.

The prior depositions from the MDL Class Action (and other federal cases) involved "the same issues Berroteran raises in his current lawsuit—whether the 6.0-liter engine was defective, Ford's knowledge of the alleged defect, and Ford's repair strategy." Id. at 534. Because the issues were the same, "Ford had a similar motive to disprove the allegations of misconduct, and knowledge, all of which centered around the 6.0-liter diesel engine. " Id.

Berroteran spent several pages chronicling federal and other state cases to illustrate that Wahlgren was a lone outlier. And coupled with the fact that the Court found Wahlgren's analysis unpersuasive, the Court explained that "[t]his case puts us in the unenviable position of disagreeing with our sister court as to the admissibility under Evidence Code section 1291...." Id. at 520.