Martha Stewart, the Merrill Lynch Assistant, and the Allowable Inferences of Implausible Testimony 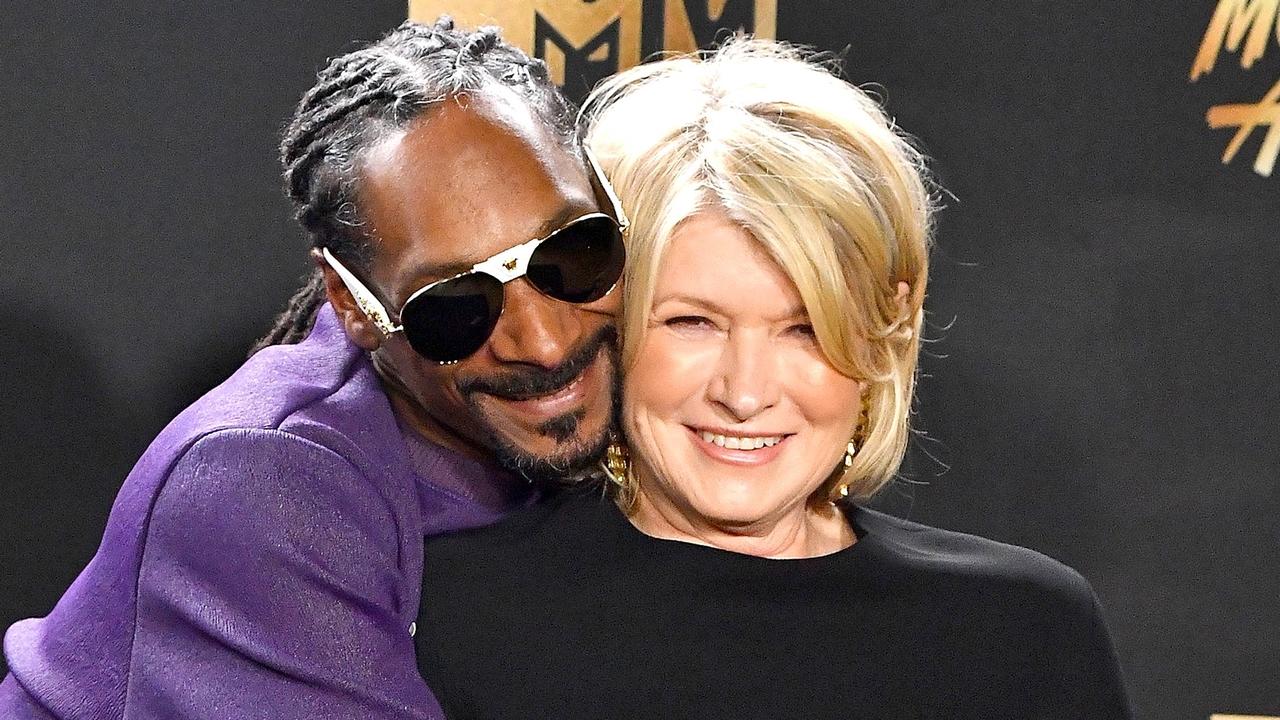 When viewers tune into VH1's Martha & Snoop's Potluck Dinner Party these days, most may not know (or have forgotten) that Martha Stewart served five months in prison for lying to federal investigators. The case involved Stewart's sale of 3,928 ImClone shares on December 27, 2001. That day Stewart's broker, Peter Bacanovic of Merrill Lynch, was on vacation when he received a call from his assistant, Douglas Faneuil. Faneuil told him that Sam Waksal, the chairman of ImCone (and a Merrill Lynch client), was selling virtually all of his and his family's stock in the company.

Bacanovic knew that Stewart owned ImClone stock, and he told Faneuil to immediately call her and share the information. Faneuil told Stewart about Waksal's trading activity, and she instructed Faneuil to sell all of her ImClone stock as well.

It was later determined that Waksal dumped shares because he had learned that the Food and Drug Administration was going to reject one of ImClone's most important products, a cancer fighting drug called Erbitux. When the F.D.A.'s decision was made public the next day, ImClone's stock fell. Given the volume and timing of Waksal's trades, the Securities and Exchange Commission started an investigation and put together a straightforward case of insider trading against Waksal.

Stewart also had a problem. While she was not tipped off by Waksal directly, she and Bacanovic had to explain why she sold all of her ImClone shares that same day. Bacanovic first claimed the sale was part of a year-end practice called "tax loss selling." Tax loss selling is a strategy where shares are sold at a loss to offset gains from prior sales. The tax loss explanation made no sense, however, because Stewart sold her ImClone shares at a profit. Bacanovic and Stewart later told investigators that the sale was part of a preexisting agreement to sell when the share price reached sixty dollars.

The investigation had been going for several months when, in June 2002, Faneuil made a deal with the prosecution: Faneuil admitted to his role in the cover-up (he previously told investigators there was a preexisting agreement to sell at sixty) and pleaded guilty to a misdemeanor. The case proceeded to trial, and Faneuil was arguably the prosecution's most important witness.

With Faneuil prepared to testify that the preexisting agreement was false, Stewart's and Bacanovic's lawyers sought to introduce evidence that Faneuil used drugs. The prosecution objected to such testimony and, before deciding admissibility issues, the judge permitted Stewart's counsel to question Faneuil outside the jury's presence.

Q  And did you use [marijuana] throughout the period of time that you worked at Merrill Lynch?

THE COURT: That is, what you are really being asked is when did you use it and how often?

THE WITNESS: OK. I would say during the period of my employment, I used marijuana about once a month.

Q  While you were employed at Merrill Lynch?

Q  From the inception?

A  Yeah, from the inception of my employment.

Q  And did you use it purely for social purposes?

Q  Did you use it during the course of your employment, that is, during the day when you were actually at work?

Q  Did you use it with others?

Q  And how often did you use it with others?

Q  ... When you used marijuana, how much marijuana did you use?

A  Sharing with friends, two or three puffs on a, you know, a joint.

Q  So you shared one marijuana cigarette and you took two or three puffs once a month during this period of time?

With the examination outside of the jury's presence complete, the trial judge invited comments from the prosecution. The lead prosecutor argued the testimony was irrelevant:

SEYMOUR: Your Honor, we would object to that, in line with the authorities that says there is absolutely no evidence that Mr. Faneuil was ever impaired while he was working at Merrill Lynch or when he perceived any of the events at issue in this case.

And the case law is very clear that drug use during the period is not generally admissible if it goes to character. It is only if it goes to impairment at the time.

THE COURT: The jury may not speculate. You have to have some other basis for them to reach that conclusion.

THE COURT: That is, supposed he used it more than once a month? What is the significance?

MORVILLO: Then the jury may find that it did in fact have an impact on his perception and his recollection.

THE COURT: That would be speculation. I do not invite the jury to speculate.

Can Implausible (Or Disbelieved) Testimony Be Affirmative Evidence To The Contrary?

The issue presented to the trial court was, if the jury disbelieved Faneuil's testimony, what inferences may they permissibly draw. Stewart's lawyer's argument can be summarized as follows:

1. Faneuil testified that he only smoke marijuana a couple times per month;

2. Faneuil's testimony was not credible;

3. Because Faneuil's testimony was not credible, the jury may conclude that he smoked marijuana more than a couple times per month;

4. If the jury concluded that Faneuil smoke marijuana more than a couple times per month, the jury may also conclude that his perception and memory were impaired.

The argument has some intuitive appeal. Consider someone suspected of impaired driving nervously telling a police officer that he only had one drink. The officer may conclude that the driver is not telling the truth and therefore must have had many drinks. However, our intuition also tells us that we would want more evidence before we are satisfied the driver was indeed impaired. We would want to know, for example, whether the driver's speech was slurred. Were his eyes red? Could he walk a straight line? Was a breathalyzer administered? And in both California and many federal jurisdictions, testimony that is disbelieved is not—without more—admissible as affirmative evidence to the contrary.

In California, People v. Blakeslee, 2 Cal. App. 3d 831 (1969) illustrates this point. Teresa Blakeslee was convicted of murdering her mother Mary Jane Blakeslee. Teresa, eighteen years old at the time of the murder, lived with Mary Jane in an apartment where the killing—five gunshot wounds—occurred. Id. at 840.

The evidence presented at trial included a few instances in which Teresa's trial testimony conflicted with what she originally told police officers:

Other evidence included testimony from neighbors about what they saw and heard. One neighbor told a police officer that she heard, shortly before hearing a loud "pow" from the apartment, a woman's voice from the apartment say, "What is going on here? Oh, my god." Id. at 834. When overhearing this neighbor's conversation, Teresa said, "I didn't say that." The neighbor replied, "Lady, I didn't say you said that. I said I heard that." Id.

Teresa appealed her conviction arguing there was insufficient evidence. Id. at 836. In its analysis, the Court considered how Teresa's falsehoods should have been considered by the trial court. The Court explained that her false statements could form the basis for "unfavorable inferences." Id. at 839. Specifically, evidence of a false alibi can be relevant to establish a consciousness of guilt. Id., citing People v. Osslo, 50 Cal. 2d 75, 93 (1958). However, the Court explained Teresa's falsehoods could not serve as affirmative evidence that Teresa was implicated in the murder:

This negation of a negative (she was not there) does not amount to affirmation of a positive (she did the shooting).

The Court further noted that there may have been other motivations for Teresa to lie. In the present case, Teresa explained that "she was trying to protect her brother." Id. In fact, the Court explained the danger of relying on Teresa's denials as affirmative evidence of guilt on the ground that—based on the evidence presented at trial—there could be an almost equally plausible inference that Teresa's brother was guilty of the murder:

He had been in the house that night; he had quarreled with his mother, who had threatened to take away his car; presumably his rifle and his ammunition were used to kill his mother; when Teresa left the apartment he had the opportunity to return to it, get his rifle, kill his mother, then leave, dispose of the rifle, and return home by 8 p.m.

California applies the same rule in civil cases. In Estate of Bould, 135 Cal. App. 2d 260 (1955), the trial court denied probate after a nonjury trial because the proponent of the will was unreliable. The trial court ruled that, "the proponent has shown herself so unreliable as a witness, and so willing to testify to any fact that she believes will help her cause, that I place no reliance upon her testimony ... I place no reliance upon any of her testimony except where it is thoroughly corroborated by other testimony." Id. at 264. However, other than the proponent's unreliability, there was no other evidence to support a denial of probate.

Federal courts are not unanimous with respect to the allowable inferences from a defendant's unreliable testimony. For example, in United States v. Stauffer, 922 F. 2d 508 (9th Cir. 1990), the defendant was convicted of various crimes related to drug distribution. The defendant appealed and the Ninth Circuit held that the jury could determine that the opposite of the defendant's unreliable testimony was true: "[The defendant's] implausible testimony provides a basis for the jury to conclude that the opposite of his testimony is true." Id. at 515. The Fifth and Eleventh Circuits follow a similar rule. See e.g., United States v. Eley, 723 F. 2d 1522, 1525 (11th Cir. 1984) (holding that defendant's "incredible explanation" of his possession of stolen goods was "so implausible that it [gave] rise to positive evidence in favor of the government"); United States v. Restrepo-Granda, 575 F. 2d 524, 528 (5th Cir. 1978) (noting that defendant's "inherently improbable story does not provide accused with a plausible explanation for his possession of the cocaine consistent with his innocence.").

The Second Circuit, on the other hand (where Stewart's case was held), follows a rule more closely aligned with California. The jury's disbelief of the defendant's testimony may bolster other affirmative evidence of guilt; however, a finding of guilt cannot be predicated exclusively on such disbelief. See e.g., United States v. Eisen, 974 F. 2d 246, 259 (2d Cir. 1992) ("[T]he jury is free to draw negative inferences from an untruthful witness' testimony as long as there is affirmative testimony to supplement or corroborate those negative inferences.").

Faneuil testified and Stewart was convicted. Aside from his testimony about the preexisting agreement being a farce, his occasional marijuana use was ultimately a nonissue. Instead, Faneuil was briefly famous (or infamous) for his emails that made their way into the trial record: "Martha yelled at me again today, but I snapped in her face and she actually backed down! Baby put Ms. Martha in her place!!!"