Meeks v. AutoZone: Let Me Just Tell You About That Smoking Gun (Which I Deleted) 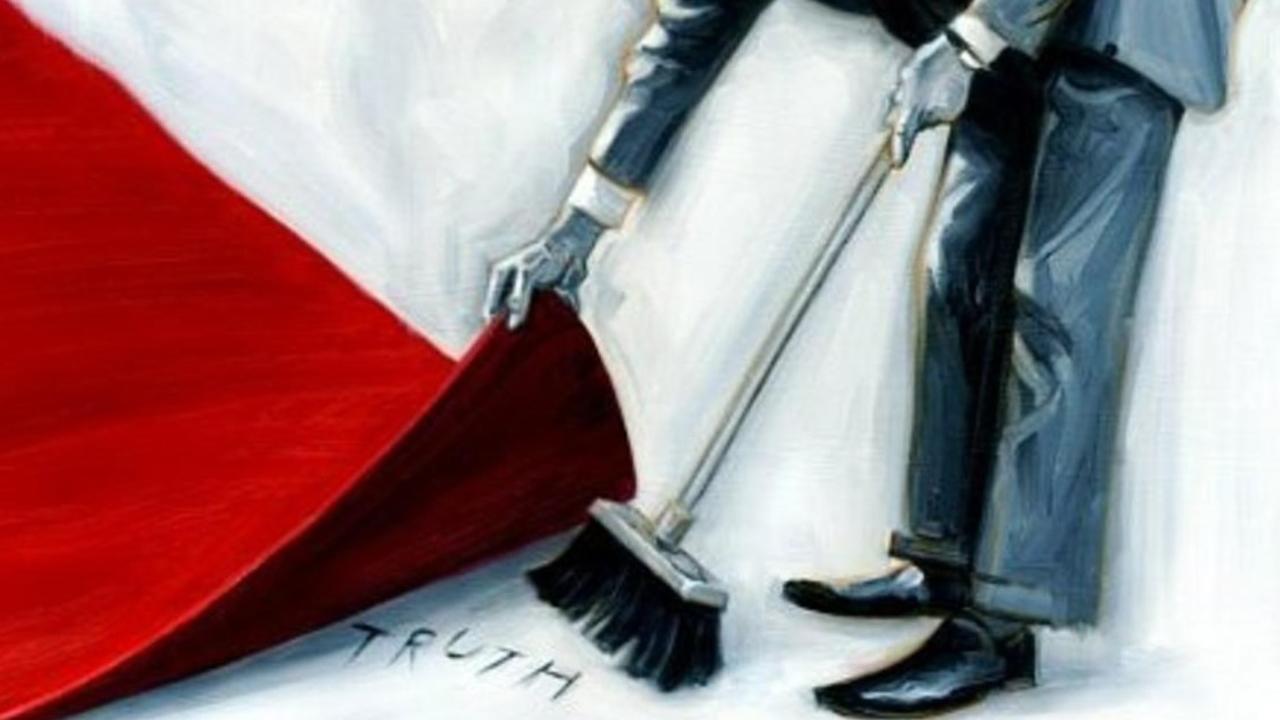 Referring to the "best evidence rule" in California litigation is a little like calling The Cosby Show the most family-friendly option on television. While there was a time that such assertions were valid, saying so today just sounds uninformed and out of touch. The best evidence rule ended up having so many exceptions that it was abrogated and replaced by the "secondary evidence rule," codified in California Evidence Code section 1521, et seq. The vast majority of practitioners in California know this.

But just how liberal the rule is to permit secondary evidence to prove a lost or destroyed writing can be surprising. Just this month, in Meeks v. AutoZone, Inc., --- Cal. Rptr. 3d ---, 2018 WL 3062555 (June 21, 2018), the Court of Appeal ordered a new trial following a defense verdict because the trial court put undue limitations on the plaintiff testifying about the contents of text messages that she deleted. This article examines the Meeks opinion, and provides guidance on how to deal with the witness who seeks to describe, instead of produce, a case's potential smoking gun.

Starting with the statute itself, the secondary evidence rule is as follows:

(1) A genuine dispute exists concerning material terms of the writing and justice requires the exclusion.

(2) Admission of the secondary evidence would be unfair.

(b) Oral testimony of the content of a writing is not made inadmissible by subdivision (a) if the proponent does not have possession or control of a copy of the writing and the original is lost or has been destroyed without fraudulent intent on the part of the proponent of the evidence.

(c) Oral testimony of the content of a writing is not made inadmissible by subdivision (a) if the proponent does not have possession or control of the original or a copy of the writing and either of the following conditions is satisfied:

(1) Neither the writing nor a copy of the writing was reasonably procurable by the proponent by use of the court's process or by other available means.

(2) The writing is not closely related to the controlling issues and it would be inexpedient to require its production.

Sections 1521 and 1523 are codifications of the common law rule that lost documents could be proved by secondary evidence. At the heart of the rule was a showing of a diligent search by the proponent of the writing: "[F]or the admission of secondary evidence of a lost paper, [the rule] requires 'that a bona fide and diligent search has been unsuccessfully made for it in the place where it was mostly likely to be found;' and further, 'the party is expected to show that he has in good faith exhausted in a reasonable degree all the sources of information and means of discovery which the nature of the case would naturally suggest, and which were accessible to him.[']" Dart Industries v. Commercial Union Ins. Co., 28 Cal. 4th 1059, 1068 (2002), citing Folsom's Executors v. Scott, 6 Cal. 460, 461 (1856). So long as there was "reasonable diligence" to obtain the original, "courts ... are extremely liberal." Dart, 28 Cal. 4th at 1069, citing Kenniff v. Caulfield, 140 Cal. 34, 42 (1903).

This liberal allowance of permitting oral testimony to prove the contents of a writing—text messages in this instance—was recently memorialized in Meeks v. AutoZone, Inc., 2018 WL 3062555. In Meeks, the plaintiff Natasha Meeks brought a lawsuit for sexual harassment against her employer AutoZone and her alleged harasser, Juan Fajardo. Ms. Meeks lost at trial and appealed on the ground that the trial court made a number of evidentiary errors, thus requiring a new trial. Id. at *1.

Ms. Meeks and Mr. Fajardo were both AutoZone store managers. While they managed different stores, they had regular contact with each other. They would talk on the telephone almost daily, and they would see each other in person when visiting each other's store to pick up parts or to work on inventories. Id. According to Ms. Meeks, Mr. Fajardo regularly harassed her. Ms. Meeks claimed that "[h]e would comment on her body and clothes, ask her to go out with him, or more directly suggest that they have sex." Id.

More than just oral comments, Ms. Meeks further alleged that "[h]e would send her text messages with sexual content, including images and video." Id. Ms. Meeks contended that Mr. Fajardo sent her a "pornographic video" and "animated images of couples in sexual positions with a message that 'we should try this.'" Id. at * 2. However, Ms. Meeks "could not produce these texts during discovery, however, because she no longer had them in her possession and her efforts to recover them were unsuccessful." Id. (italics added).

Both during discovery and in pretrial motions, AutoZone sought to prevent Ms. Meeks from (1) pursuing any claims based on these alleged text messages, or (2) referencing the text messages during trial. AutoZone based its arguments, in part, on the secondary evidence rule. The trial court issued the following mixed ruling:

[G]eneral inquires about texts, digital photographs, and e-mails between plaintiff and Defendant [Mr.] Fajardo are admissible, limited to general statements that these items were ... of a sexual nature, offensive, sexually suggestive, and can include general approximations as to when they were received ... although specific dates would not be permitted. And no specifics in terms of the numbers, the specific language, the specific depictions, specific dates and times received.... It would have to be general in terms of how they were referred to, and the emotional effect that it had on plaintiff, as well as if there were any responses from the plaintiff to the defendant.... [S]o there would be, again, no inquires that are specific in terms of what did you say, what did he say, going back and forth, or specific descriptions as to what the photos contained.

The Court of Appeal held that the limitations imposed on Ms. Meeks' testimony regarding Mr. Fajardo's alleged text messages were erroneous. The Court determined that factual discrepancies between Ms. Meeks and Mr. Fajardo about the content of the messages were to be expected, and did not justify excluding or limiting testimony that was in conflict: "It is hardly unusual for trials of sexual harassment claims (and indeed many other types of cases) to involve such he said/she said contests. In such circumstances, the trier of fact—in this case, the jury—is generally entrusted with judging the credibility of each witness and assigning the evidence the appropriate weight. Id. at *5, citing People v. Young, 34 Cal. 4th 1149, 1181 (2005). Likewise, the fact that Ms. Meeks' memory about the texts' content might be imperfect did not trouble the Court: "Her memories of electronic communications from [Mr.] Fajardo are no more speculation than her memories of things [Mr.] Fajardo said to her, or his physical actions towards her." Id. at *4.

Perhaps most noteworthy, the Court explained that "there has been no challenge to [Ms.] Meeks' contention that she does not have possession or control of the original or a copy of the texts and that they were not reasonably procurable through the court's process or other available means." Id.

Because trial courts are afforded so much discretion to permit secondary evidence to prove the contents of a writing, it is imperative that practitioners painstakingly examine the proponent regarding the document's loss or destruction. This inquiry should take place at deposition, and the examination should adhere to this general format: (1) What could have been done to locate/find/recover the document? (2) Among the things that could have been done, what was done? and (3) Of the things that were done, when were they done (i.e., could or should they have been done sooner)?

For example, if a witness testifies at deposition that he or she received a text message that (1) corroborates his or her testimony or allegations, and (2) is no longer in the witness' possession, the practitioner should immediately begin a line of inquiry that is designed to show that the witness cannot claim that the text messages were benignly deleted. Lines of inquiry might include the following question:

When did you receive these text messages?

When you received these messages, what steps, if any, did you take to ensure they were saved?

When you decided that you were going to bring a lawsuit, what steps, if any, did you take to find these alleged text messages?

When was the first time you realized that these alleged text messages were deleted?

When you learned for the first time that these alleged text messages were deleted, what steps did you take to retrieve them?

[For Apple devices] Did you take any steps to determine whether the alleged text messages were available in an iCloud backup?

[For Apple devices] Did you take any steps to determine whether the alleged text messages were available in an iTunes backup?

[For Android devices] Did you take any steps to determine whether the alleged text messages were available in a Google / other third party software provider backup?

Did you take any steps to determine whether the mobile device was ever backed up in any way?

Did you take any steps to contact your phone provider to determine whether the alleged text messages were available?

Did you take any steps to identify third-party applications that might be able to recover the alleged text messages?

Did you do any independent research to determine how you might be able to recover the alleged text messages?

Did you contact/hire anyone who is the business of data recovery?

Have you taken any steps to try to obtain these alleged text messages formally (i.e., subpoena)?

The following examination serves two purposes. The first purpose is one of potential exclusion. Depending on the witness' answers, the court may conclude that, pursuant to Section 1523, the document should have been procurable by its proponent. The second purpose is one of persuasion. Even if the court does not exclude the document, the practitioner will need to show the fact finder that if the text message was indeed so important (and if it indeed existed), the witness could and should have done more to save it.

The secondary evidence is a liberal rule that allows witnesses to describe in detail documents that (1) the jury will never see, and (2) might possibly be smoking guns. Knowing the right questions to ask the document's proponent is important for practitioners to, at the very least, limit the weight of such testimony.