#MeToo and the Evidentiary Rules of Third Party Witness Accusations 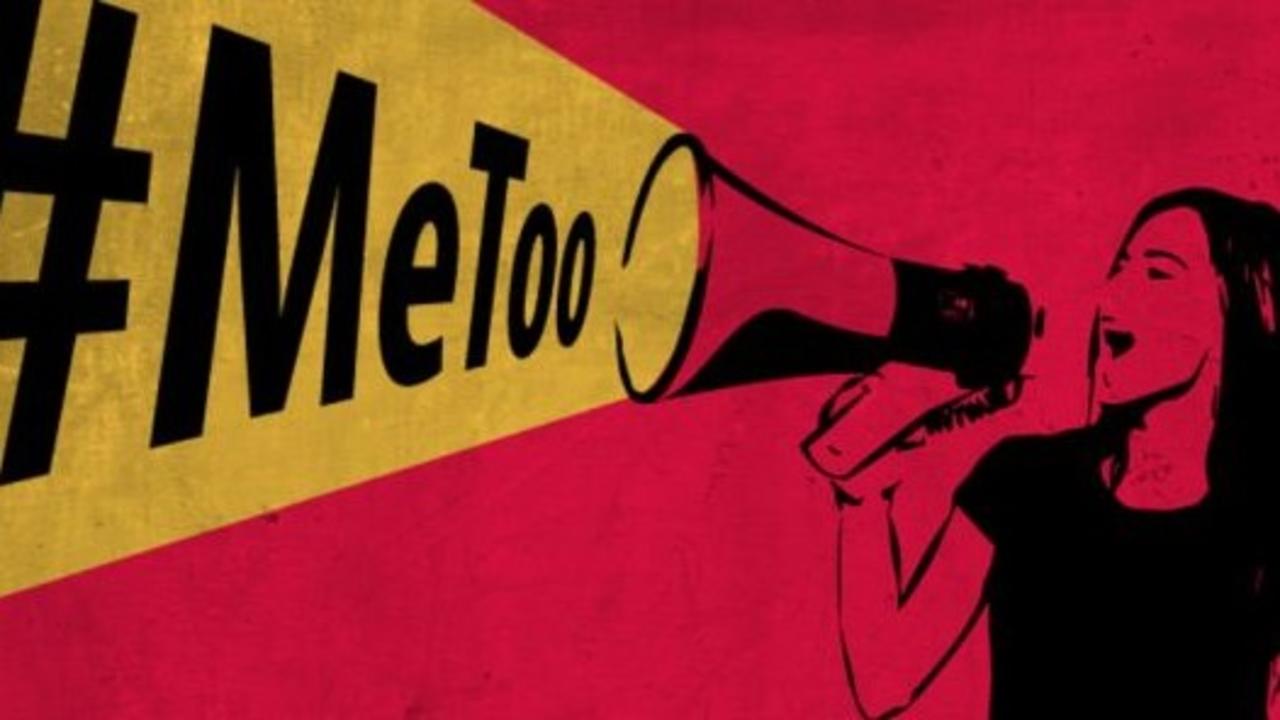 2017 revealed that countless people (men, mostly) in powerful positions used their authority to sexually harass or assault subordinates (women, mostly). Time Magazine's "person of the year" were the "Silence Breakers." Oprah Winfrey gave an impassioned speech at 2018's Golden Globe awards on the topic, which led to talk of a potential presidential run. And while #MeToo became a movement thanks to an Alyssa Milano tweet, the "me too" legal doctrine has been litigated in courtrooms for years.

How, why, and when "me too" evidence is admissible is commonly misunderstood. This post seeks to demystify its application.

The Relevance of "Me Too" Evidence: To Prove Something Other Than The Defendant's Conduct On A Specific Occasion

Analyzing the admissibility of "me too" evidence begins like any other evidentiary issue. The first question is whether it is relevant. See Cal. Evid. Code § 350 ("No evidence is admissible except relevant evidence."). California defines "relevant evidence" as evidence that has any "tendency in reason to prove or disprove any disputed fact that is of consequence to the determination of the action." Id., § 210. Also included is "evidence [that is] relevant to the credibility of a witness or hearsay declarant." Id.

Looking exclusively at Section 350, "me too" evidence is relevant. Testimony that a defendant behaved a certain way towards one person has a tendency in reason to prove  the defendant behaved the same way towards the plaintiff. But the analysis does not end there. Section 351 provides a limitation that "[a]ll relevant evidence is admissible except as otherwise provided by statute." And there are statutory limitations on such character evidence.

Character evidence is a person's propensity or tendency to act in a certain way under certain circumstances. See People v. McAlpin, 53 Cal. 3d 1289, 1305 (1991). California Evidence Code section 1101(a) provides that character evidence is "inadmissible when offered to prove his or her conduct on a specified occasion."

At one level, this exclusion makes perfect sense. Unfettered admissibility of character witnesses could create confusion for a jury and complicate deliberations. A jury may be tempted to impose liability where the "me too" evidence is strong, but the plaintiff's specific case is weak. See e.g., People v. Fitch, 55 Cal. App. 4th 172, 179 (1997) ("[T]he rationale for excluding such evidence is not that it lacks probative value, but that it is too relevant."). Also, trials can be prolonged because a defendant faces several "trials within a trial"—the defendant must not only rebut the plaintiff's allegations, but he must also contend with the "me too" accusations.

But shouldn't there at least be a Harvey Weinstein exception? If someone sued Mr. Weinstein for sexual harassment, could he really preclude a jury from hearing evidence from women other than the plaintiff (or victim, in a criminal trial). The answer turns on whether there are justifications to admit the evidence beyond proving the defendant's conduct on the specified occasion.

We start with Beyda v. City of Los Angeles, 65 Cal. App. 4th 511 (1998). In Beyda, the plaintiff alleged she was sexually harassed by a city councilperson and various members of his staff. Prior to trial, the trial court granted the defendants' motion in limine to exclude evidence that other women were similarly sexually harassed. Id. at 515-16. The defense prevailed at trial, and the plaintiff argued on appeal that the trial court erroneously excluded the "me too" evidence. Id. at 516.

The Court affirmed the trial court's ruling. Relying on Section 1101(a), the Court held that the plaintiff could not use "me too" evidence as proof that she was similarly harassed. Id. at 518. However, the Court explained that other acts of harassment could be relevant to show that the plaintiff was subject to a hostile work environment. Id. at 519 ("A woman's perception that her work environment is hostile to women will obviously be reinforced if she witnesses the harassment of other female workers."). For such evidence to be admissible, the Court required that the plaintiff either (1) witnessed the incidents, or (2) knew about the incidents while she worked there. Id. The Court ultimately concluded that the trial court did not abuse its discretion excluding the evidence because "none of the specific acts excluded by the trial court occurred in [the plaintiff's] presence, nor was there any indication ... that she knew of them during her employment...." Id. at 521.

What is curious about Beyda is that it failed to consider whether "me too" evidence could be admissible under Section 1101(b). That question was later answered in Johnson v. United Cerebral Palsy/Spastic Children's Foundation, 173 Cal. App. 4th 740 (2009). The plaintiff alleged she was fired because she was pregnant. Id. at 744. The defendant filed—and the trial court granted—a motion for summary judgment asserting the plaintiff was fired for falsifying her work time records. Id. To support her opposition, the plaintiff included declarations from other women who claimed they were similarly fired after disclosing their pregnancies. Id.

On appeal, the Court reversed. Turning to federal cases with similar facts, the Court held that the "me too" declarations were relevant and admissible—thus creating a triable issue of fact to warrant a denial of the defendant's summary judgment motion. While the Court agreed the "me too" declarations were not relevant to prove the defendant fired the plaintiff because she was pregnant, they were relevant to prove the defendant had a discriminatory motive to discharge the plaintiff. Id. at 765-67, citing Heyne v. Caruso, 69 F. 3d 1475, 1480 (9th Cir. 1995) ("The sexual harassment of others, if shown to have occurred, is relevant and probative of [the defendant's] general attitude of disrespect toward his female employees, and his sexual objectification of them.").

Given this reality, trial courts are required to consider how close the "me too" evidence is to the one presented by a plaintiff. For example, in Hatai v. Department of Transportation, 214 Cal. App. 4th 1287 (2013), the plaintiff alleged anti-Asian discriminatory bias of her employer. The Court held that the "me too" doctrine permitted her to present evidence that others of "east Asian or Japanese descent had been subjected to similar discrimination," but any attempt to present evidence of discrimination of employees "outside of [the plaintiff's] protected class" went too far. Id. at 1298.

"Me Too" Evidence Must Be Sufficiently Similar to the Plaintiff's Case

Pantoja v. Anton, 198 Cal. App. 4th 87 (2011) provides further guidance on the admissibility of "me too" evidence. The plaintiff in Pantoja alleged that her defendant employer—a lawyer and his law firm—slapped her buttocks, touched her leg, asked for a shoulder massage, made racially derogatory comments and directed profanity towards her. Id. at 93. The plaintiff sought to introduce testimony from a number of "me too" witnesses who would testify about receiving similar treatment. While the trial court excluded such evidence, the Court of Appeal reversed. So long as the "me too" evidence presented factual scenarios that were "sufficiently similar" to the one presented by the plaintiff, it was relevant under Section 1101(b). Id. at 113-14; see e.g., Schrand v. Federal Pac. Elec. Co., 851 F. 2d 152, 156 (6th Cir. 1988) (rejecting "me too" evidence where the decision maker who terminated plaintiff was not involved in the decision to terminate other employees).

Pantoja also illustrates how "me too" evidence can be relevant for reasons beyond Section 1101(b). The defendant in Pantoja denied the plaintiff's allegations. He and other defense witnesses testified that any profanity was directed at frustrating situations, not towards the plaintiff. Accordingly, the "me too" witnesses were relevant for the additional reasons of impeaching the defendant and rebutting the defense witnesses' testimony. Pantoja, 198 Cal. App. 4th at 110.

Finally, "me too" evidence analyses must consider Evidence Code section 352. Section 352 provides that "[t]he court in its discretion may exclude evidence if its probative value is substantially outweighed by the probability that its admission will (a) necessitate undue consumption of time or (b) create substantial danger of undue prejudice, of confusing the issues, or of misleading the jury."

In the "me too" context, courts readily acknowledge the prejudicial effect of the evidence. See e.g., Hatai, 214 Cal. App. 4th at 1293-94 (Explaining that the "me too" evidence would have resulted in "[n]umerous witnesses and numerous documents [being] paraded before the jury to litigate matters that are not pertinent to the ... claims raised by the plaintiff.... This is precisely the type of collateral matter that Evidence Code section 352 was enacted to cover.").

However, Courts looking at "me too" evidence most often allow the conclusion on relevance to dictate the conclusion under Section 352. For example, in Hatai, the Court determined that the proffered "me too" evidence was not relevant because it was not sufficiently similar to the case presented by the plaintiff. In Pantoja, the Court determined that the "me too" testimony was sufficiently similar to be relevant. And once the relevance determination was made, the Court then rejected any Section 352 argument and concluded that a limiting instruction would cure any unfair prejudice:

To the extent that the rulings were based on Evidence Code section 352, we conclude the rulings were an abuse of the court's discretion. If the evidence had been admitted, the jury would have had additional grounds for believing [the plaintiff's] contention that [the defendant] harbored a gender bias that was expressed in his words and actions.... The risk of a prejudicial effect was the possibility that the jury would have used the evidence improperly as evidence of a propensity to act in the manner described. A limiting instruction could have mitigated this risk sufficiently.

Limiting instruction or not, the admission or exclusion of "me too" evidence is often a game-changing moment in trial. Knowing the statutory and case authorities governing their admissibility are among the tools that trial counsel should readily have at their disposal.