O.J. Simpson and the Hearsay Rule 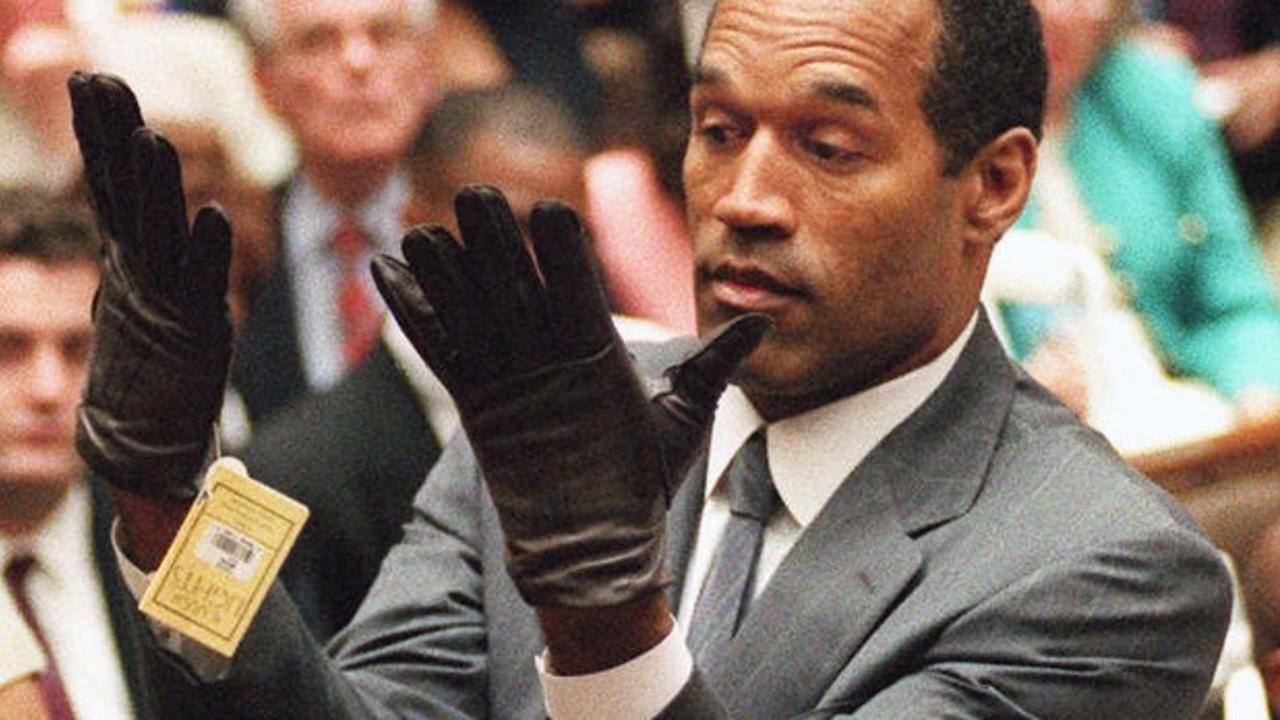 Many of us have vivid memories of the O.J. Simpson criminal trial. Judge Ito became a household name. Millions watched Simpson struggle to try on the famous gloves, and many of us remember where we were the moment the verdict was read. What is slightly less well known is the civil trial against Simpson—following his acquittal—for the wrongful deaths of Nicole Brown Simpson ("Nicole") and Ronald Goldman. The jury found Simpson liable, and ordered him to pay more than $25 million to the victims' families.

In addition to not paying the plaintiffs, Simpson appealed the judgment. See Rufo v. Simpson, 86 Cal. App. 4th 573 (2001). The Court of Appeal's examination of certain evidentiary rulings is the focus of this post.

By way of background, the plaintiffs were the heirs and estate representatives of Nicole and Goldman. According to the plaintiffs, Simpson was motivated by rage to kill Nicole. Id. at 583. Simpson was physically abusive during their marriage. They split in 1992, but in May 1993, they tried to reconcile. On May 22, 1994, however, Nicole ended the relationship for good. Simpson responded by threatening Nicole, telling her he would cause all sorts of problems, and stalking her at her home and in her neighborhood. Id.

On June 12, 1994, the night of the murders, Simpson flew from New York to attend their daughter's dance recital. Id. According to the plaintiffs, Simpson was in a foul mood. Simpson and Nicole sat apart and did not interact. After the recital, Nicole excluded Simpson from a family dinner. Id.

Goldman worked as a waiter at the restaurant where Nicole and her family went that night. Id. Later that evening, Nicole telephoned the restaurant because a pair of eyeglasses were left behind. It was believed that Goldman was killed because he encountered Nicole's murder while delivering the eyeglasses. Id.

Various statements by Nicole were admitted during trial. The statements specifically analyzed in this post include the following: (1) a telephone call she made to a battered women’s shelter five days before the murder, (2) diary entries, and (3) a letter to Simpson in which Nicole describes their breakup and his angry reaction. Id. at 588-90.

A director of a battered women’s shelter received a call on June 7, 1994—five days before the murders—from a woman who identified herself as “Nicole.” “Nicole” said that she was in her thirties, had two children under age ten, was living in West Los Angeles, and that her ex-husband was famous. Id. at 588. During the June 7th conversation, "Nicole" shared the following:

Her ex-husband had been calling her begging her to come back to him;

Her ex-husband had been stalking her;

Her ex-husband had beaten her throughout their marriage, and he told her, on a few occasions, that if he ever caught her with another man he would kill her;

"Nicole" was invited to call back again a week later, but did not do so.

Edited pages from Nicole's diary were admitted into evidence, including the following:

May 22, 1994: "We[']ve officially split[.]" Nicole then describes the intended arrangements for child visitation;

Finally, there were portions of an undated letter in Nicole's handwriting to Simpson. The letter included the following:

"There was also that time before Justin [was born and a few months] after Sydney [was born] I felt really good about how I got back in shape [and] we were out[,] you beat the holy hell out of me [and] we lied at the x-ray lab [and] said I fell of a bike. Remember!??"

"And since Justin['s] birth is the mad New Years Eve beat up .... I just don't see how that compares to infidelity, wife beating, verbal abuse....

"I called the cops to save my life whether you believe it or not."

Step One: Were The Statements Relevant?

While the Court of Appeal first analyzed whether the statements constituted Nicole’s state of mind, it is good practice for lawyers to develop the habit of first considering the threshold issue of relevance: i.e., was Nicole’s state of mind about the relationship relevant? Was her conduct in ending the relationship relevant? Then, once those questions are satisfied, practitioners can consider latter issues such as foundation, hearsay, Evidence Code section 352, etc.

Looking at relevance, the plaintiffs contented that Nicole's statements were relevant because they tended to explain her conduct. Nicole's fear of Simpson and intense hostility towards him explained why she ended their relationship and why she rebuffed him the night of the dance recital. The plaintiffs reasoned that this conduct by Nicole motivated Simpson to murder her. Id. at 592. Breaking off their relationship for good in May 1994, ignoring Simpson at the dance recital, and refusing to include Simpson in a family dinner all contributed to Simpson's alleged motive. Id.

Tying Nicole's statements to relevant issues in the case was imperative for admissibility. Similar statements in other cases have been ruled inadmissible. For example, in People v. Ireland, 70 Cal. 2d 522, 228 (1969), the prosecution in a spousal murder case sought to introduce testimony that the decedent wife told a family friend, "I know he's going to kill me. I wish he would hurry up and get it over with. He'll never let me leave." Id.

Returning to Rufo, the plaintiffs also argued that these statements were relevant to rebut Simpson's claim that his relationship with Nicole was not acrimonious. Id. at 592-93. At his deposition, Simpson testified that he (and not Nicole) ended their relationship, that he interacted pleasantly with Nicole at the dance recital, and that he chose not to go to dinner with  the family. Id. The plaintiffs argued Nicole's statements were thus admissible to rebut Simpson's defense. The trial court agreed: "'I'm satisfied that the decedent's state of mind has been put into issue insofar as it is the defendant's contention that the relationship was a loving relationship and that the defendant had no basis in that relationship which would cause him to commit the acts resulting in the deaths of the decedents. So I think that's clearly an issue.'" Id. at 594.

Similar to basic rebuttal evidence, People v. Zack, 184 Cal. App. 3d 409 (1986) is an important case because it expressly provides that evidence of prior quarrels between the same parties is relevant on the issue of whether the accused committed the charged acts. The defendant was convicted of murdering his wife and evidence of the defendant's prior assaults on his wife were admitted. The defendant argued that prior assaults could only be admitted where there was a "distinctive modus operandi" between the two acts (i.e., that the two acts shared enough characteristics in common to raise the inference that they were committed by the same person). Id. at 415 n.2.

Zack rejected this argument and held as follows: "Where a defendant is charged with a violent crime and has or had a previous relationship with a victim, prior assaults upon the same victim, when offered on disputed issues, e.g., identity, intent, motive, etcetera, are admissible based solely upon the consideration of identical perpetrator and victim without resort to a 'distinctive modus operandi' analysis of other factors." Id. at 415.

Accordingly, when Simpson argued that his prior abuse of Nicole was inadmissible because his prior "abuse" was not similar to the "killings," the Court relied on the Zack rule and held that prior assaults were admissible. Rufo, 86 Cal. App. 4th at 586.

Step Two: Were The Statements Hearsay?

With relevance satisfied, the Court had to consider whether the statements could overcome hearsay objections. When confronting hearsay, there can be a temptation—once an out-of-court statement is identified—to immediately consider potential hearsay exceptions. But it is important to first consider whether the out-of-court statement is being offered to prove the truth of the matter asserted. See Cal. Evid. Code § 1200(a). In Rufo, the Court looked at Nicole's statements and divided them into two categories: (1) statements offered as circumstantial evidence from which inferences of Nicole's state of mind could be made (i.e., not hearsay), and (2) statements that directly expressed Nicole's state of mind (i.e., statements that were offered to prove the truth of the matter asserted).

With respect to the first category, the Court explained:

(a) Subject to Section 1252, evidence of a statement of the declarant's then existing state of mind, emotion, or physical sensation (including a statement of intent, plan, motive, design, mental feeling, pain, or bodily health) is not made inadmissible by the hearsay rule when:

(1) The evidence is offered to prove the declarant's state of mind, emotion, or physical sensation at that time or at any other time when it is itself an issue in the action; or

(2) The evidence is offered to prove or explain acts or conduct of the declarant.

(b) This section does not make admissible evidence of a statement of memory or belief to prove the fact remembered or believed.

As explained above, Nicole's conduct was relevant. Accordingly, her direct statements of fear, her desire to not continue her relationship with Simpson, and her statement that she called the police "to save her life" were all admissible under the state of mind exception because they tended to "explain ... [the] conduct of the declarant." Rufo, 86 Cal. App. 4th 573.