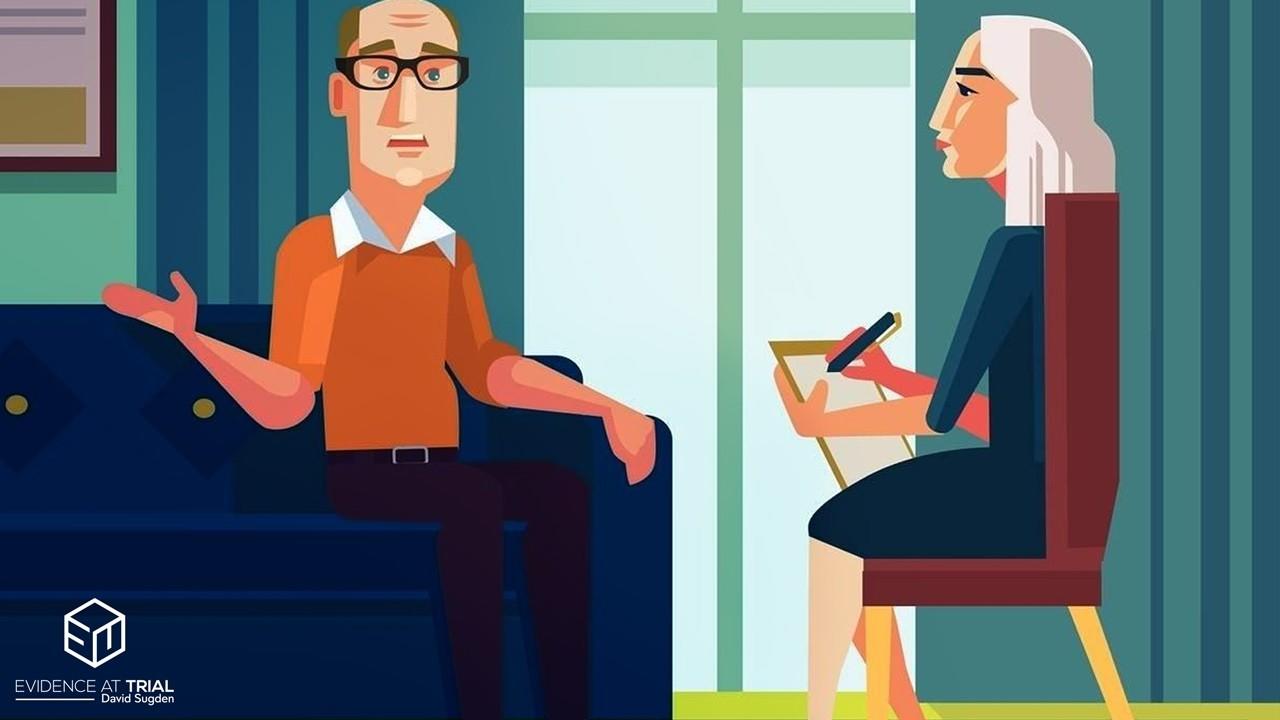 When it comes to privileges and evidence, determining when a waiver has occurred can be tricky. It's a little like knowing when an egg is boiled. While some like runny yokes, others want a virtual powdering to soothe any fears of Salmonella. Judges of eggs are just like judges of law: they're human. What may be a waiver to one may not be a waiver to another.

Fortunately, case law provides some guidelines for attorneys to at least understand how waivers should be analyzed. Fish v. Superior Court, 42 Cal. App. 5th 811 (2019) is a helpful illustration to understand when a privilege has been waived (or not). Fish involved a fatal car crash. The defendant Mason Fish was driving in Oceanside on February 5, 2019, when he collided with another vehicle. Three occupants in the other vehicle were killed and three others were hospitalized with severe injuries. Id. at *1. Mr. Fish spoke to law enforcement officers at the site of the collision and reported the following:

About one month after the collision, the District Attorney filed a criminal complaint against Mr. Fish. The District Attorney "served subpoenas on the psychotherapist and his medical group seeking '[a]ny and all medical records for' [Mr.] Fish from April 24, 2017, through the date of the subpoenas (March 6, 2019)." Id. at *2.

Mr. Fish's filed a motion to quash the subpoenas on the ground they sought information protected by the psychotherapist-patient privilege. Id. The District Attorney's opposition argued that Mr. Fish waived the privilege (it also argued that because it had to prove that Mr. Fish "acted in a grossly negligent manner," there was a "compelling" need for the evidence). Id.

The trial court ruled that "at least for purposes of conducting an in camera inspection—that [Mr.] Fish had waived the psychotherapist-patient privilege 'as [it] relates to what medications [he] was taking and what advised as it relates specifically to those medications, if any, was given." Id. at 3. Before the inspection took place, Mr. Fish pursued a writ and the Court of Appeal reviewed the issue.

The Psychotherapist-Patient Privilege: A Big Deal

The Court began its analysis by recognizing the privilege between a psychotherapist and a patient. California Evidence Code section 1014 expressly recognizes that a "patient, whether or not a party, has a privilege to refuse to disclose, and to prevent another from disclosing, a confidential communication between patient and psychotherapist." This privilege "has been recognized as an aspect of the patient's constitutional right to privacy." Id. at *2, citing People v. Stritzinger, 34 Cal. 3d 505, 511 (1983). In fact, "the psychotherapist-patient privilege is 'broader than other privileges. Unlike the physician-patient privilege, for example, the psychotherapist-patient privilege can be invoked in criminal proceeding.'" Fish, 42 Cal. App. 5th 811 at *3, citing Nielsen v. Superior Court, 55 Cal. App. 4th 1150, 1154 (1997). Accordingly, the privilege is broadly construed in favor of the patient while exceptions are narrowly construed. Id., citing Story, 109 Cal. App. 4th at 1014.

If the psychotherapist-patient is claimed, the patient has the initial burden of proving the preliminary facts to show that it exists. Id. From there, the burden shifts to the opponent of the privilege to (1) rebut the presumption that the psychotherapist-patient relationship exists or existed, (2) show that a waiver has occurred, or (3) show that an exception applies (statutory exceptions are found in sections 1016 through 1027). Id.

Fish turned on whether Mr. Fish's disclosure to law enforcement officers following the accident that he was under the care of a psychotherapist who had prescribed him various medications constituted a waiver of the privilege. Evidence Code section 912 provides that "the right of any person to claim [the] ... psychotherapist-patient privilege ... is waived with respect to a communication protected by the privilege if any holder of the privilege, without coercion, has disclosed a significant part of the communication or has consented to disclosure made by anyone." 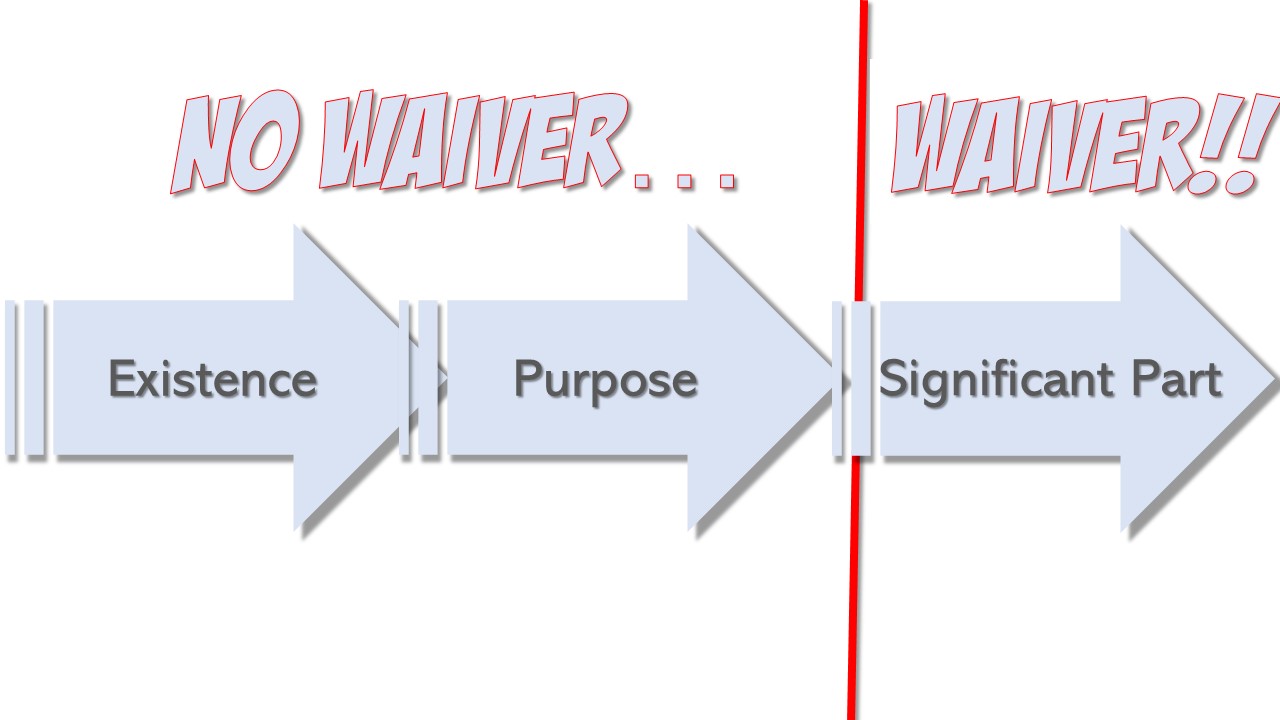 The key terms in Section 912 are "waive" and "significant part." With respect to waiver, "[t]he waiver of an important right must be a voluntary and knowing act done with sufficient awareness of the relevant circumstances and likely consequences." Id. at *4, citing Roberts v. Superior Court, 9 Cal. 3d 330, 343 (1973). "What constitutes a significant part of the communication is a matter of judicial interpretation; however, the scope of the waiver should be determined primarily by reference to the purpose of the privilege." Id., citing Transamerica Title Ins. v. Superior Court, 188 Cal. App. 3d 1047, 1052 (1987). These definitions result  in the presumption that "any waiver must be narrowly construed and limited to matters 'as to which, based on [the patient's] disclosures, it can reasonably be said [the patient] no longer retains a privacy interest.'" Id., citing San Diego Trolley, Inc. v. Superior Court, 55 Cal. App. 4th 1083, 1092 (1997).

The Court disagreed and held that the disclosure was "legally insufficient" to constitute a waiver. Id. The Court reasoned that Mr. Fish's disclosure was similar to the disclosure analyzed in San Diego Trolley, supra, 87 Cal. App. 4th 1083. Trolley was a personal injury case where the plaintiff was injured by a trolley while crossing the track. The trolley operator testified at deposition that "she was being treated for ... anxiety by a psychiatrist, that at the time of [the plaintiff]'s injury, she was taking three prescription medications ... and that she had informed her supervisors about her treatment and medications." 55 Cal. App. 4th at 1088 - 89.

When the issue of waiver was reviewed, the Court of Appeal held that the operator had not "disclose[d] any significant part of her communications with her psychiatrist's [because] she only disclosed the fact that she was being treated for anxiety by a psychiatrist and the medications the psychiatrist had prescribed." Id. at 1094. The Court further reasoned:

The Fish Court came to the same conclusion: "Like the trolley operator ... [Mr.] Fish disclosed only that his psychotherapist had prescribed him certain antidepressant and antipsychotic medications. This was not a 'significant part of [his] communications with' his psychotherapist for purposes of the psychotherapist-patient privilege." Fish, 42 Cal. App. 5th 811 at *5.

While knowing when a privilege has been waived is unknowable with any mathematical precision, remembering the spectrum from "existence" of a privileged relationship to the disclosure of a "significant part" of a confidential communication can provide useful tools for witness examinations when these issues come up.