The Supplemental Witness Exchange: The Father's Day Of California Litigation 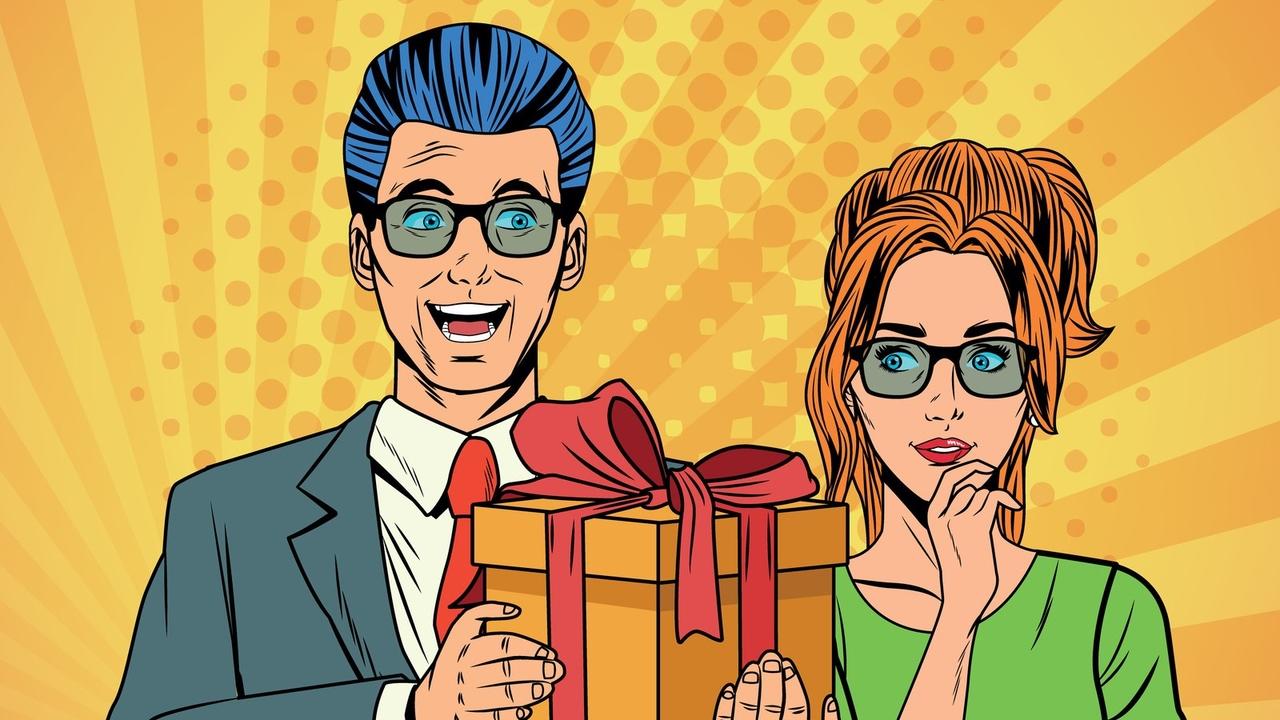 When it comes to Father's Day, mothers have a distinct advantage. Why? Because Mother's Day is in May and Father's Day is in June. (To be clear, I have repeatedly told my daughters that Mother's Day is not Wife Day--it is their responsibility to make cards, get a gift, fix breakfast, etc., but I'm still needing to ... facilitate the day.) So whatever occurs on Mother's Day implicitly sets the tone for Father's Day. If Mother's Day is celebrated with a heartfelt text and Wendy's take-out, Dad should probably not hold out much hope for that fancy kegerator on his Amazon wish list.

It is similar to designating experts in California litigation. While parties are required to simultaneously exchange their expert witness lists on the same day, they are also allowed to "supplement" their designations a few weeks later. And with this allowance to supplement, there can be a temptation to simply "wait and see" what an opponent does before finalizing who will provide expert testimony at trial. But this "wait and see" strategy is not without risk. In the recent case of Du-All Safety, LLC v. Superior Court, 34 Cal. App. 5th 485 (2019), a plaintiff sought to strike every supplemental witness identified by the defendants. And while the Court of Appeal ultimately endorsed the defendant's conduct (and reversed the trial court), there are some lessons to be learned with respect to how and when waiting and seeing is allowed.

The Expert Exchange in Du-All

Du-All was a personal injury lawsuit wherein the plaintiff Mark Krein (Krein), an employee of the Tuolumne Water District, fell from a bridge and "sustained paraplegic injuries." Id. at 489. Krein and his wife brought a lawsuit against a number of defendants who allegedly "designed, approved, manufactured, and inspected the [b]ridge." Id. By the time the case was approaching trial in May 2018, only one defendant, Du-All, remained. Krein's theory of liability against Du-All was that it was contracted to "periodically inspect the wastewater treatment plant, including the [b]ridge and its related equipment, and [it] did not exercise reasonable care to identify any violations or hazardous conditions of [t]he [b]ridge or recommend any corrective action for it[.]"

As the parties prepared for trial, Du-All served its expert witness disclosure on May 7, 2018, wherein it identified "two experts it 'expected to call at trial: (1) a health and safety management consultant, and (2) a structural engineer.'" Id. at 491.

That same day, the Kreins' counsel served the plaintiffs' expert witness disclosure. The plaintiffs likewise identified a safety consultant and a structural engineer. The plaintiffs also identified (1) a registered nurse and life care planner, (2) a chemist (to testify about rust and corrosion), (3) a forensic economist, (4) a physiatrist (to testify about damages and injuries and their cause and effects), and (5) a vocational rehabilitation consultant. Id.

On May 25, 2018, Du-All's counsel, pursuant to California Code of Civil Procedure section 2034.280, served a supplemental expert disclosure. This supplemental disclosure named five experts, which essentially corresponded to the five additional experts identified by the Kreins. Id.

The Trial Court's Motion To Strike

THE COURT: All right. It's abundantly clear to me that [Du-All] failed to comply with the simultaneous rule in disclosing experts ...

Other than Du-All's supplemental designation of a chemist, the trial court granted the Kreins' motion in its entirety, without much discussion:

THE COURT: I already made my decision, I don't know what you're going to comment for. You don't get to try to talk me out of it at this point.

[DU-ALL's COUNSEL]: Okay. All right. Fair enough. The only thing that was not clear, was there was one other expert. I think you mentioned [the vocational rehabilitation consultant, the physiatrist, and the life care planner].

THE COURT: Oh, no the economist has to go too. You knew--you had to have known that--that, once, the other side was going to have an economist and that you should have an economist, too. The statement opening the Fairfax case applies in this case.

[DU-ALL's COUNSEL]: We respectfully disagree with [that], your Honor.

THE COURT: All right.

Du-All filed a motion for reconsideration, based on the fact that the trial date had been continued by four months. The trial court denied the motion "in a one-line order, providing no reason for its denial." Id. at 494. Du-All filed a petition for a peremptory writ, and Court of Appeal granted review.

The Court began its analysis by reiterating the well-known standard that a trial court's ruling on a motion to exclude expert testimony is reviewed for abuse of discretion. Id. at 494, citing Boston v. Penny Lane Centers, Inc., 170 Cal. App. 4th 936, 950 (2009). But that discretion is not without limits. "'The discretion of a trial judge is not a whimsical, uncontrolled power, but a legal discretion, which is subject to the limitations of legal principles governing the subject of its action, and to reversal on appeal where no reasonable basis for the action is shown.'" Du-All, 34 Cal. App. 5th at 495, citing Westside Community for Independent Living, Inc. v. Obledo, 33 Cal. 3d 348, 355 (1983).

Turning to the trial court's decision to strike Du-All's experts, the Court examined the two-step process for identifying expert witnesses. Under section 2034.210, subdivision (a), a party may demand a mutual and simultaneous exchange of each expert witness that any party "expects to offer in evidence at ... trial." Section 2034.260, subdivision (b)(1), requires an expert witness disclosure to list every expert "that the party expects to offer" in evidence at trial. Du-All did that; it identified two experts it intended to call, a health and safety management consultant and a structural engineer. Id. at 496.

Next, under section 2034.280, "[w]ithin 20 days after the exchange described in Section 2034.260, any party who engaged in the exchange may submit a supplemental expert witness list containing the name and address of any experts who will express an opinion on a subject to be covered by an expert designated by an adverse party to the exchange, if the party supplementing an expert list has not previously retained an expert to testify on that subject." Again, the Court explained that "[t]here is no dispute that Du-All timely and simultaneously designated its initial experts. And also no dispute it timely designated its rebuttal experts in the same fields as plaintiff's initially designated experts." Id. at 497. The Court explained:

In short, Du-All had a right to do what it did. And the trial court's order was error, especially as Du-All complied with its disclosure obligations, there is no indication it acted unreasonably or engaged in gamesmanship, and there was no prejudice to plaintiffs.

So does that mean that parties can invariably wait and see what its adversary might designate before ever identifying expert witnesses. Can a defendant, for example, wait to see whether a plaintiff will designate a damages expert before identifying its own damages expert? The trial court, in striking Du-All's supplemental designation relied on Fairfax v. Lords, 138 Cal. App. 4th 1019 (2006). But the Du-All Court examined Fairfax, and it (1) distinguished Fairfax, and (2) suggested that Fairfax is a limited holding.

Fairfax was a medical malpractice case against a podiatrist. The defendant served a demand for the exchange of expert witness information. On the day of the exchange, the plaintiff identified its retained expert. The defendant, however, provided a notice indicating that it "hereby gives notice that he is not designating any retained experts for the first exchange ... but that he expressly reserves the right to designate experts in rebuttal to [plaintiff's] designations." Id. at 1022. Several weeks later, the defendant named two witnesses to counter plaintiff's expert, and these witnesses were permitted to testify on the defendant's behalf at trial (which the defendant won). Id. at 1024 - 1025. The Court of Appeal reversed, and it explained that "[w]hen it comes to issues that both sides anticipate will be disputed at trial, a party cannot merely 'reserve its right' to designate experts in the initial exchange, wait to see what experts are designated by the opposition, and then name its experts only as purported 'rebuttal' witnesses." Id. at 1021.

The Du-All Court distinguished Fairfax by pointing out that Du-All had, in fact, designated at least some witnesses it expected to call in its initial exchange. The Court also found that there was prejudice in Fairfax because the allowed testimony resulted in a defense verdict. But in Du-All, there was no prejudice because expert depositions had not even begun. Finally, the Court distinguished Fairfax because the defense in Fairfax expressly articulated that its strategy was to "wait and see" where no such intent was expressed by the defendants in Du-All. This rationale is not persuasive. If the prejudice in Fairfax was only shown by the defendants prevailing at trial, could not the plaintiff in Du-All make that same argument in the event the defendants ultimately prevailed? And can the "wait and see" approach be sanctioned so long as it is not expressly articulated?

The Court came to the correct conclusion in Du-All. The defense followed the statute by identifying experts and, in response to the plaintiffs' designation, identified supplemental experts. And while it characterized Fairfax as a "limited holding," and noted that Fairfax has only been applied in one other published holding, it did not expressly overrule the case. Id. at 501 n. 4. As a result, Fairfax remains a caution sign for attorneys who are contemplating waiting to see what expert witnesses its adversary designates before identifying its own witnesses.